Have you heard the set of pipes on the New Guinea singing dog? If you haven’t, you’re not alone. The canine, one of the world’s oldest and rarest dog breeds, was considered extinct for decades.

But new genetic evidence suggests the dogs may have been hiding, more or less in plain sight, in the highlands. Now, the ancient dog’s genome may have something to teach us about human vocalization, too.

What Happened to the New Guinea Singing Dog

The New Guinea singing dog’s crooning voice is often compared to the song of a humpback whale or a professional yodeler. Although they were considered extinct in the wild, they weren’t silenced completely. About 200 remain in captivity. They are the descendants of a few dogs captured in the 1970s. The lineage has lived only in zoos or conservation centers ever since.

Or so we thought.

In a new genetic study, published in Proceedings of the National Academy of Sciences, scientists compared the DNA of the captive dogs to DNA from the rare Highland Wild Dog and found that they are essentially the same dog — one disappeared from the highlands of Papua New Guinea, the other survived on the Indonesian side of the island.

In other words, the functionally “extinct” New Guinea singing dog has existed all along.

“New Guinea singing dogs are rare, they’re exotic, they have this beautiful harmonic vocalization that you don’t find anywhere else in nature so losing that as a species is not a good thing. We don’t want to see this (animal) disappear,” Elaine Ostrander, an investigator at the National Institutes of Health and lead author of the paper, told CNN.

How They Discovered an Extinct Animal

Scientists compared DNA extracted from the biological samples of three wild dogs found by McIntyre and found that the dogs he photographed in the highlands were likely predecessors of the vanished singing dogs, New York Times reports.

Even though the genomes aren’t identical, the researchers determined that the differences are due to the lack of genetic diversity from inbreeding among the captive dogs.

The researchers hope that this discovery will open up opportunities to learn more about modern dogs and dog domestication history. The discovery could also raise opportunities to learn more about the genetic foundations of vocalization, reports the National Human Genome Research Institute. As a comparative genomics research field typically centered around birdsongs, having a singing mammal, more closely related to humans, could accelerate future treatments for human vocalization deficits. 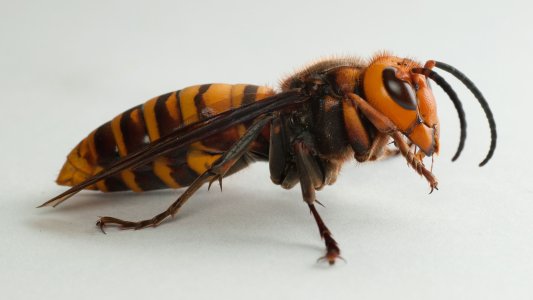 The Asian giant hornet has invaded the Pacific Northwest. Researchers hope a map of the murder hornet’s genome can help their hunt for them.

Animals
The murder hornet’s genome may help stop the invasion
Subscribe to Freethink for more great stories
Subscription Center
Sections
Video
Freethink
Subscribe
We focus on solutions: the smartest people, the biggest ideas, and the most ground breaking technology shaping our future.
Subscribe