By bringing people close to disease-spreading insects, might we improve public health?

Because they spread malaria, Zika, West Nile, dengue, yellow fever and other diseases, mosquitoes are responsible for more human deaths than any other organism. Some of these diseases flourish in tropical regions like sub-Saharan Africa that are urbanizing rapidly and feeling the effects of climate change. Research indicates that temperature increases lead to mosquitoes breeding more frequently, living longer and biting more often.

Meanwhile, advances in scientific research are leading to new approaches to mosquito control. These include genetic modification of male mosquitoes, leading to sterile offspring. Scientists are also exploring the use of bacteria such as Wolbachia to limit the ability of mosquitoes to spread disease.

But mosquito research faces one enormous challenge: a lack of community engagement around this science leads to the public feeling anxiety and mistrust. Negative public opinion has the potential to derail this research and associated efforts, such as release of genetically modified mosquitoes in cities. My colleague John Bauer, assistant dean for the UC San Diego Division of Biological Sciences, noted to me that scientists work in high security buildings that the public are banned from entering and then wonder why they are so misunderstood.

I am a professor of architecture at the University of Oregon and am involved in an effort to re-imagine these mosquito research facilities and make them accessible to the public. In an effort to do so we have convened teams of designers, artists and scientists to rethink the design of mosquito research sites so that they include spaces of community engagement.

I have long worked at the intersection of people and the environment. I am now working together with artist Michael Singer, Mark Benedict of the Centers for Disease Control and Prevention’s Entomology Branch, Fredros Okumu from Tanzania-based Ifakara Health Institute (IHI), and scholars and scientists from the U.K. and U.S., on the “Protective Atmospheres” project to redesign these facilities.

This has the potential to be a game-changing effort. Our hope is that opening up the facility will lead to greater acceptance of this work and lead to better health outcomes. My collaborators and I are not aware of any similar effort meant to integrate research facilities and the community in order to make science approachable.

This is where effective design comes in.

What if “arthropod containment” labs with strict biosecurity standards where scientists work with pathogen-carrying mosquitoes are not located at the “back of house” as is typical now. While ensuring that these standards are met, could labs be brought out of the darkness and placed alongside spaces where visitors to these facilities are allowed to go?

Could people walk through protective enclosures alongside or within “mosquito cities,” large spaces of experimentation that are open-air yet netted and that include trees and other outdoor elements allowing controlled study of mosquito populations in quasi-natural conditions?

Could spaces be included that help people understand how to modify their homes to decrease chances they will get bitten? What about recreational spaces such as the tennis court that Okumu hopes to build at Ifakara as a way to make IHI’s research a part of everyday community life? These are some of the questions we are addressing as part of the Protective Atmospheres project.

Integrating scientists and the community

Creating interactive facilities that promote public engagement and understanding while adhering to biosafety regulations requires a two-way conversation. Architects and artists must learn from scientists. As one example, they must understand that keeping mosquitoes alive in captivity is difficult. Or that for Anopheles, a genus of mosquito carrying malaria, the setting sun and low light triggers swarm behavior and mating. For a mosquito city built to study swarming behavior, it’s best to orient it toward the sun, and let the romance begin.

And scientists can learn from architects and artists that buildings can tell stories. A walk through a research facility may also be an educational journey through the scientific process along a continuum from genetic engineering to containment to release. By the time a visitor arrives at a mosquito release site at the journey’s end, it may no longer seems so dangerous. Perhaps at that point, visitors actually participate in the release event.

The Protective Atmospheres project is in its infancy, and yet we are hopeful that it has the potential to transform perceptions. It can make scientific activity transparent and encourage the role of citizenry in biological research. It might also change understandings of mosquitoes themselves – for mosquitoes do not kill, they just host organisms that do.

The end game of course is to build one of these facilities. When we do, we hope that children – and others – line up to visit. Concept shifts to reality when members of the Michael Singer Studio and I travel to the Ifakara Health Institute in early 2019 to begin the development of a master plan for their complex. It will include a tennis court.

Brook Muller is a Professor of Architecture and Environment at University of Oregon. This article first appeared at The Conversation. 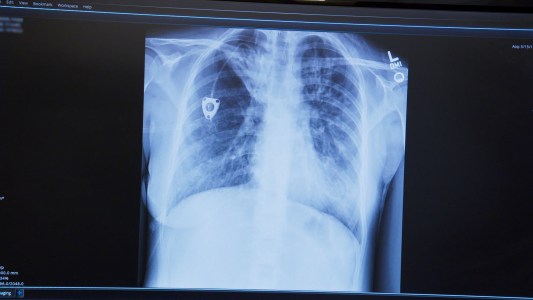 The FDA banned triclosan from hand soap, but new research shows that it can supercharge old antibiotics.