Even though we spend just as much time in the womb as our closest relatives, gorillas and chimpanzees, our newborn brains have three times the number of neurons — something that has long been a mystery.

Now, researchers have looked at gene expression — which genes are switched on and off — in human brain organoids compared to other apes to discover the genetic mechanism behind these variations.

In the mini-brains, they found a molecular switch that could be crucial to triggering the human brain’s rapid growth and published their results in the journal Cell.

Led by a team at the Medical Research Council Laboratory of Molecular Biology in Cambridge, U.K., the study compared early tissue growth in mini-brains or brain organoids developed from human, gorilla, and chimpanzees stem cells.

Brain organoids are small bundles of brain cells that researchers grow from stem cells in a lab. They provide researchers with an opportunity to study stages of brain development they might not otherwise be able to see.

“This early stage of development is usually very inaccessible,” says Lancaster. “It’s a kind of black box in human biology. Apes are an endangered species, so ethically, we wouldn’t want to do experiments at this stage. We usually don’t even know the gorilla is pregnant this early on,” Madeline Lancaster, lead researcher on the study, told New Scientist.

In this study, it was no surprise that the human brain organoids grew much larger and faster than the organoids from the other primates, at a rate that parallels the growth patterns of real brains.

After two days, the human brain organoids had already grown much larger than the gorilla or chimp organoids, New Scientists reports. The human mini-brains were twice the size of their ape counterparts after five weeks, measuring four millimeters across.

Switching Genes On and Off

When the team looked closer at the genes, they found that a gene named ZEB2 was triggered earlier in apes than in humans — the gene acted like a molecular switch that slowed the brain’s growth.

The team decided to test the switch in gorillas and found that delaying the switch’s effects caused the gorilla mini-brain to grow larger. By contrast, switching the gene on earlier in the human mini-brain development repressed the human organoids’ growth.

In other words, when the switch is on, the brains don’t grow as large. Turn it off, and mini-brain growth races ahead.

“This provides some of the first insight into what is different about the developing human brain that sets us apart from our closest living relatives, the other great apes. The most striking difference between us and other apes is just how incredibly big our brains are,” Lancaster said. “I feel like we’ve really learnt something fundamental about the questions I’ve been interested in for as long as I can remember — what makes us human.”

This research takes us one step further in understanding the mysteries of the human brain. Doing so could lead to future research or treatments for neurodegenerative disorders or other ailments of the brain.

John Mason, a professor of molecular neural development at the University of Edinburgh, who was not involved with the research, told The Guardian, “It’s important to understand how the brain develops normally, partly because it helps us understand what makes humans unique and partly because it can give us important insights into how neurodevelopmental disorders can arise.”

Mason noted that macrocephaly (an unusually large head) often co-occurs with autism, so this research could help us understand how early brain growth affects such cognitive disorders. 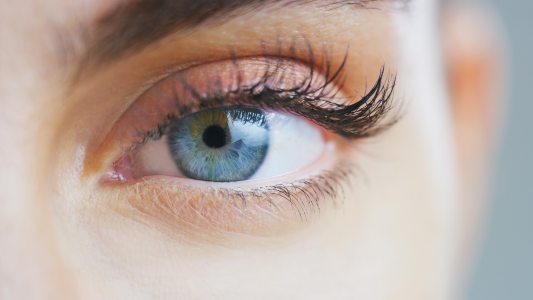 Medicine
Penn scientists correct genetic blindness with a single injection into the eye
By B. David Zarley
Subscribe to Freethink for more great stories
Subscription Center
Sections
Video
Freethink
Subscribe
We focus on solutions: the smartest people, the biggest ideas, and the most ground breaking technology shaping our future.
Subscribe