“Having been part of the original Human Genome Project in 2001, and especially focused on the difficult regions, it’s really satisfying for me to see this done even though it took 20 years,” researcher Evan Eichler, a genome scientist from the University of Washington in Seattle, told New Scientist.

The human genome: A genome is like a genetic instruction manual — it contains all the information an organism needs to grow and function. The human genome is written in DNA, and while your exact genome is unique to you, about 99.9% of it is identical across all people.

When we talk about “sequencing” the genome, we mean writing out the DNA bases (C, G, T, and A) in the order they appear in most people. This sequence can then serve as a reference guide for research into human biology, evolution, diseases, and more.

Déjà vu: If the news that scientists have sequenced the human genome sounds familiar or like old news, that’s because the HGP announced that it had finished sequencing the genome back in 2003, two years after releasing its “first draft.”

Back in 2003, the group had determined the order of nearly 3 billion DNA bases, but its human genome really wasn’t complete — it contained gaps accounting for about 8% of the genome.

These gaps were mainly in areas where DNA tended to repeat itself. That made it difficult to accurately sequence using the available tech, which would break the genome into tiny pieces, sequence those pieces, and then reassemble them.

The repeats make it hard to tell if you’d already sequenced that area before, because it looks identical.

Why it matters: “A lot of people in the 1980s and 1990s (when the HGP was getting started) thought of these regions as nonfunctional,” Karen Miga, a molecular biologist at the University of California, Santa Cruz, told STAT in 2017. “But that’s no longer the case.”

Areas with repeating DNA bases — like those missing from the HGP genome — have since been linked to many health issues, from ALS and Huntington’s disease to cancer and autism. By sequencing them, we might be better equipped to study and treat those conditions.

It’s really satisfying for me to see this done even though it took 20 years.

How it works: Miga co-led the Telomere to Telomere (T2T) consortium, the international team of scientists responsible for the new human genome sequence.

To fill in the HGP’s gaps, the team used two sequencing technologies, unveiled by the companies Pacific Biosciences and Oxford Nanopore.

They were initially far less accurate than the technique used to create the HGP’s genome sequence, but years of refinement improved their performance.

They each have strengths that balance out the other’s weaknesses, too, so by using both technologies, the scientists were able to create a truly complete human genome for the first time — adding about 130 million DNA bases to the HGP’s sequence.

Looking ahead: The new human genome study has yet to be peer-reviewed, and Miga told STAT she won’t consider the news “official” until it is.

However, the T2T team is already working toward its next goal: helping the Human Pangenome Reference Consortium write out 350 human genome sequences, each representing people from different ancestral backgrounds.

Collectively, these sequences could serve as a more accurate reference guide for future genomic research, giving scientists a way to study the 0.1% of the genome that varies across our species. 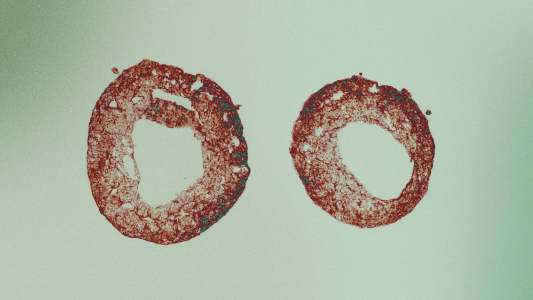