Diamonds may be a girl’s best friend because of their shine and glam, but they are also helpful in practical ways. The superstrong mineral is used as an industrial abrasive, on the edges of cutting tools, or on ultra-powerful drill bits.

Whether they are used for adornment or tools, diamonds aren’t cheap. Scientists have long hoped to find a way to create a material that is as strong as diamonds. Now they may have something better.

It is believed that lonsdaleite, also called hexagonal diamond, is even stronger than diamond. But the rare six-sided crystalline mineral has seldom been found in nature — generally only at meteorite impact sites — and only in sample sizes that are too small to be measured.

Researchers from Washington State University’s Institute for Shock Physics have developed hexagonal diamonds large enough to study in a lab and test their stiffness and hardness.

“Diamond is a very unique material,” Yogendra Gupta, director of the Institute for Shock Physics and an author on the study, said in a statement. “It is not only the strongest — it has beautiful optical properties and a very high thermal conductivity. Now we have made the hexagonal form of diamond, produced under shock compression experiments, that is significantly stiffer and stronger than regular gem diamonds.”

Upon impact, shock waves coursed through the disks, transforming them into lonsdaleite.

Sound travels more quickly via stiffer materials. So the researchers generated a small sound wave shortly after impact and used lasers to track its progress through the diamond. The lonsdaleite proved to be more stiff than diamond.

Since more rigid materials are generally harder and more resistant to scratching, they concluded that lonsdaleite is stronger than diamond — by 58%, a new record. They published their findings in Physical Review Letters.

If someday we can produce them and polish them, I think they’d be more in-demand than cubic diamonds.

We don’t need to worry that lab-created super-diamonds will make our precious jewels seem dull. The lonsdaleite only lasted a few nanoseconds before the high-velocity impact obliterated the gem — just long enough for the team to get their measurements. Gupta says if they can manage to keep them around longer, the rare, fleeting nature of the lonsdaleite could make them more valuable than cubic diamonds.

“If someday we can produce them and polish them, I think they’d be more in-demand than cubic diamonds,” said Gupta. “If somebody said to you, ‘look, I’m going to give you the choice of two diamonds: one is lot rarer than the other one.’ Which one would you pick?” 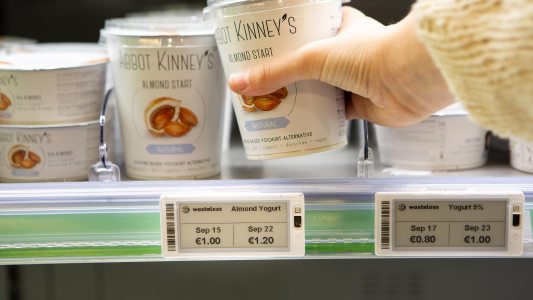