In the future, couples wanting to make a baby may bypass the bedroom and head straight to the lab for a skin biopsy.

This futuristic fertility process is known as in-vitro gametogenesis (IVG). It’s still in development, but scientists across the globe are advancing the research — and many say it’s not a matter of if but when it will become feasible as a fertility option.

IVG involves taking cells — say, from a skin biopsy or blood sample — and reverse engineering them back into adult stem cells.

Scientists can then transform these stem cells into any specialized cell — kidney cells, muscle tissue, heart tissue…and even sperm or eggs.

How to Make a Baby

IVG would allow nearly anyone to become a biological parent.

In this future, a couple who wants to make a baby would go to a clinic to give a small skin biopsy. A scientist would then reprogram those skin cells back into stem cells, and then those stem cells would be reprogrammed into eggs or sperm.

From there, the rest of the reproductive process would look similar to IVF, the common fertility treatment that’s been around since the 1970s. Embryos would be created, and the viable ones would be placed in the woman’s uterus for implantation.

Bringing IVG Out of the Lab

We haven’t created human embryos using IVG before — but we have created mice. In 2016, Japanese researchers used skin cells from mice to make viable eggs, which were then fertilized and implanted into females — and 8 healthy baby mice were born.

Mice clearly aren’t the same thing as human babies, but we are getting closer. In 2018, another Japanese researcher was able to grow an early-stage egg from human stem cells derived from blood.

While IVG for human fertility isn’t exactly around the corner, it’s likely to be within your lifetime, according to Dr. Henry Greely, Stanford University professor and author of The End of Sex and the Future of Human Reproduction.

“My strongest prediction is that in 20 to 40 years, people will still have sex,” said Greely, “except far fewer of them will have sex to make their babies…when they want to make babies, they’ll go to a lab.”

IVG would be a gamechanger for the millions of people who want to become biological parents but have been unable to get there the old fashioned way.

IVG would eliminate the need for egg and sperm donors — post-menopausal women or men with defective sperm would be able to create their biological offspring using any of their own trillions of skin cells.

And theoretically (although this hasn’t been done in mice yet), a person’s stem cells could be transformed into either egg or sperm. This opens up the possibility that same-sex couples could make a biological family. Of course, this also means “solo IVG” would be doable, when an individual uses their own skin cells to create both sperm and egg that would be fertilized together.

“IVG has the potential to upend one of the most traditional elements of human culture — our understanding of what parenthood is and how it occurs,” wrote Glenn Cohen, professor at Harvard Law School, along with professors at Harvard Medical School and Brown University, about the ethical implications of IVG.

IVG would also make it easier for parents-to-be to choose which embryo they want to implant.

Right now, parents who conceive via IVF can have their embryos tested for certain genetic diseases before implantation — however, IVF is expensive and harvesting the eggs from the woman can be painful (and donated eggs are costly, too). So most couples only opt to go through IVF if they can’t conceive any other way.

With IVG, we wouldn’t need to harvest any eggs. We could derive an unlimited supply of eggs from skin cells  — so more parents-to-be may opt to undergo IVG and IVF in order to select their embryos.

This could be great news: more widespread use of genetic testing on embryos could eventually prevent certain ailments, like congenital deafness or Huntington’s disease, from ever being passed on to children.

IVG opens up the possibility that same-sex couples could make a biological family.

Some bioethicists, though, worry this is giving parents too much control. At the moment, we cannot test for complicated traits, like intelligence or sense of humor — but that’s not to say that will always be the case.

If we paired IVG with genetic testing which  “does a much better job of predicting traits, in particular, traits that are desirable, like intelligence,” said Cohen, “then suddenly we’re kind of catering to a much more eugenic impulse among people towards having, if not the perfect baby, the best baby there can be.”

Of course, it’s not just genetic testing that could be paired with IVG — in the future, parents could have the option to genetically edit the embryos, too.

This has many bioethicists saying we should carefully consider the implications of making embryos so cheaply.

In the 1970s, IVF provoked similar debates about how human beings should be created. Concerned citizens were fearful of a slippery slope where parents could select their child’s gender and traits and where babies could gestate in laboratories.

And they were right, in a way — that slope exists, and we’re on it. But it’s a slope that has given us 8 million people that otherwise wouldn’t have existed. IVG could provide parents with millions more happy, healthy babies, too.

Fertility
Male birth control options are in development, but a number of barriers still stand in the way
A survey of over 9,000 men in nine countries found that over 55% would be willing to use a new method of male birth control.

Fertility
"Defective" embryos can actually self-correct in the womb
PGT-A, a genetic test used to screen embryos for aneuploidy prior to in vitro fertilization, appears to be excluding many viable options.
Up Next 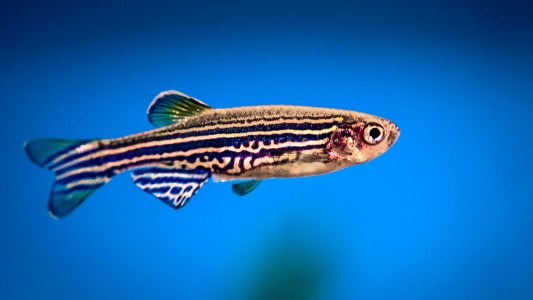 By genetically modifying zebrafish, researchers have discovered a sex hormone that could lead to future infertility treatments for humans.