A cosmopolitan crew of researchers has released the largest set of mammalian genomes to date. Dubbed the Zoonomia Project, the database contains the genomes of over 80% of all mammalian families, gathered with the intention of advancing human health research.

“The core idea for the project was to develop and use this data to help human geneticists figure out which mutations cause disease,” Kerstin Lindblad-To, a professor at Sweden’s Uppsala University and scientific director of vertebrate genomics at the Broad Institute, said in a press release.

Welcome to the Genomic Ark

To do that, of course, researchers need mammalian genomes — and as many as possible.

A genome is simply an organism’s full genetic blueprint; everything’s there, down to the baseboards. Complete genomes can help researchers more intimately understand the animals they belong to (like, say the provenance of 2020’s subplot, the giant Asian murder hornet).

Included in that dataset are animals that have unique abilities humans don’t possess; Broad namechecks two adorable examples, hibernating squirrels and oddly long-lived bats. There was also a focus on acquiring the genomes of endangered species.

Overall, more than half of the mammalian genomes in the Zoonomia Project had never been analyzed and cataloged before.

To gather up that sweet genetic info, researchers worked with 28 institutions around the globe, the lion’s share coming from the San Diego Zoo’s Frozen Zoo, the largest such collection in the world.

The tool those mammalian genomes birthed, published in Nature, will be open for use by researchers.

“By prioritizing phylogenetic diversity and making data available quickly and without restriction,” the researchers wrote, “the Zoonomia Project aims to support biological discovery, medical research and the conservation of biodiversity.”

After minks in Denmark become a vector of SARS-CoV-2 transmission — jumping from people to minks and back again — researchers and public health officials had to consider the fact that the virus could hide in an animal, mutate, and spillover again, something which could spell trouble.

Finding out what animals are vulnerable to the coronavirus’s weapon of choice, the spike protein, could help us avoid these zoonotic ambushes. The spike protein’s favored target is a cell receptor called ACE2. ACE2 is found on all sorts of tissues, including in the respiratory tract (obviously), but it’s not just in humans.

Broad Institute researchers, along with UC-Davis and other institutions, attempted to identify potential animals at risk by seeing how well their ACE2 receptors matched with ours. We’ve got 25 amino acids in our ACE2 receptor; the more of those 25 an animal shares with us, the more vulnerable they may be.

Half of the mammalian genomes in the Zoonomia Project had never been analyzed and cataloged before.

“Animals with all 25 amino acid residues matching the human protein are predicted to be at the highest risk for contracting SARS-CoV-2 via ACE2,” UC Davis postdoc Joana Damas said. “The risk is predicted to decrease the more the species’ ACE2 binding residues (those amino acids) differ from humans.”

While they searched hither and yon — including reptiles, amphibians, birds, and fish — it is the mammalian genomes, many taken from Zoonomia, that contained the most sobering news. Animals currently hanging by a thread seemed to be exceptionally high risk, including three great apes — the Northern white-cheeked gibbon (cute as hell), the Western lowland gorilla (intimidating as hell), and the Sumatran orangutan (goofy as hell).

The database has already yielded another insight as well. Mammals prone to extinction have lower genetic diversity than others; this suggests that sampling and analyzing the genome from just one species may help tell us what critters are most at risk, perhaps helping us to better target conservation efforts.

(It’s not all doom and gloom on that front; genetics have also helped us find species thought extinct, including the New Guinea singing dog, which is, I promise you, not made up.)

While these early fruits are promising, the real value may be yet to come; so many mammalian genomes in one place — available to the entire scientific community — are likely to yield new insights.

“Once you make the data widely available and explain its utility to the broader research community, you can really change the way science is done,” said Elinor Karlsson, the director of Broad’s Vertebrate Genomics Group. 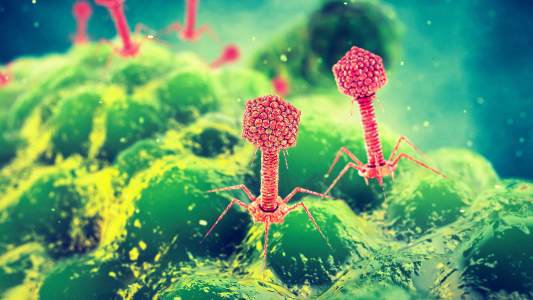 A mystery for 30 years, retrons are showing potential as genome-editing tools. Now, we know what they actually do.