Bacteriophages — viruses that look like the lovechild of a New Age crystal and the Lunar Lander — have been preying on bacteria for billions of years. But a bacterium is far from helpless; in fact, its immune system is so good it has been borrowed by humans to do genome editing with the famous CRISPR system.

Another mysterious component in bacteria, called a retron, has puzzled scientists for years, but now, Science reports, we finally know exactly what it’s for — and how we could use it to level up genome editing.

A retron is a packet of proteins and genes found in some bacteria: it contains a DNA/RNA hybrid; an enzyme called reverse transcriptase; and a special protein that varies with the retron.

This, it turns out, is a weapon.

“They really are a remarkable biological entity, yet nobody knew what they were for,” UT Austin biophysicist Ilya Finkelstein told Science, a mystery that’s lasted 30 years.

A team from Israel’s Weizmann Institute of Science had a hunch that retrons were used to defend against bacteriophage viruses. Their research, published in Cell, demonstrates that retrons are a failsafe, a kind of cellular cyanide pill that ensures if its other defenses fail, the infected bacteria dies before the phages can use it to crank out enough copies to infect other bacteria around them.

The researchers focused on one specific retron, called Ec48 (which totally sounds like a cute little Star Wars droid). This retron “guards” another known anti-phage weapon in the bacteria, called RecBCD.

Phages and bacteria have been in an arms race longer than you can imagine, so phages had to figure out a way around RecBCD to survive. But bacteria have a failsafe. If a phage successfully disarms RecBCD, the retron swings into action, taking its weaponized protein to the bacteria’s membrane, causing the cell to self-destruct.

“Thus, the Ec48 retron forms a second line of defense that is triggered if the first lines of defense have collapsed,” the authors wrote.

According to Science, researchers recognized retron’s genome-editing potential even before knowing its Dr. Strangelove-esque raison d’être.

CRISPR is really good at acting like an x-acto knife, cutting up the parts of the genome we want it to — but it isn’t as adept at inserting new genetic code into the DNA.

Which is where the retron comes in.

“Because CRISPR-based systems and retrons have different strengths, combining them is a highly promising strategy,” Anna Simon, a synthetic biologist at Strand Therapeutics, told Science.

Weizmann’s Rotem Sorak, an author on the Cell paper, told Science that retrons appear “quite efficient tools for accurate and efficient genome editing.”

Some of those tools have already been developed: CRISPEY, from Hunter Fraser’s lab at Stanford, has been used to make yeast mutants, and two other teams — led by famed Harvard geneticist George Church and synthetic biologist Timothy Lu across the way at MIT — have done similar experiments with bacteria, although those papers are currently preprints.

But there is, of course, a catch: retron genome editing hasn’t been shown to work in mammalian cells, yet — the same situation was CRISPR in, eight years ago. 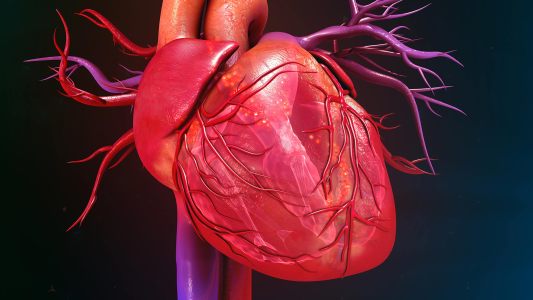 A new map of the human heart details the function and location of 500,000 cells, providing a valuable tool for researchers studying cardiovascular disease.

Biology
The most detailed map of the human heart
By Kristin Houser
Subscribe to Freethink for more great stories
Subscription Center
Sections
Video
Freethink
Subscribe
We focus on solutions: the smartest people, the biggest ideas, and the most ground breaking technology shaping our future.
Subscribe