In 2016, an international group of scientists set a lofty goal for themselves: make the most detailed map of the human body ever created.

The map aims to break the body down to the molecular level, noting every cell, what it does, and how it fits into the larger system. Armed with this free reference tool, scientists would be better prepared to develop new ways to diagnose and treat diseases, the researchers hoped.

The initiative is called the Human Cell Atlas, and it recently unveiled one of its crowning achievements: a 500,000-cell map of the human heart.

If the goal is fighting disease, a map of the human heart is a no brainer.

Cardiovascular disease is the number one cause of death globally, killing nearly 18 million people every year. It’s not just one thing that goes wrong, either — some people are born with heart defects, others develop diseases, and many suffer problems caused by simply getting older.

By showing how a healthy heart looks and functions at the cellular level, the newly unveiled map could yield new insights into cardiovascular disease, potentially saving countless lives in the process.

“Ultimately, these fundamental insights may suggest specific targets that can lead to individualised therapies in the future, creating personalized medicines for heart disease and improving the effectiveness of treatments for each patient,” Christine Seidman, a researcher from Harvard Medical School, said in a press release.

Making a Map of the Human Heart

To create their map of the human heart, the researchers started with 14 donor hearts that were healthy, but not suitable for transplantation.

They used several imaging technologies, machine learning software, and a technique called single-cell sequencing to study the genetic activity of nearly half a million individual cells in the heart.

I can summarize my thoughts in one word: monumental.

From that, they determined that the heart has 11 types of cells, housed in six areas.

They also learned that the cells in the different chambers of the heart behave differently from one another, and that there are cellular differences between the hearts of men and women — which might yield new insights into how diseases affect the sexes.

All of the data is now available on the Heart Cell Atlas website, but it’s not a finished product.

The researchers plan to continue to improve their map of the human heart — one goal is to study organs from a more diverse population, as all 14 used for the initial map were from white donors.

Still, their first draft of the Human Heart Atlas is already drawing accolades from the scientific community.

“I can summarize my thoughts in one word: monumental,” Douglas Mann, a cardiologist at Washington University School of Medicine in St. Louis, who was not involved in the study, said in a press release. “I think it’s a really big accomplishment and will be a tremendous source of reference for the field.” 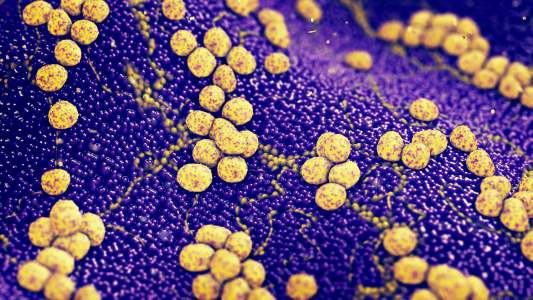 UC San Francisco scientists have developed a new diagnostic test that uses DNA sequencing to quickly identify any pathogens in any type of patient sample.