While most things we experience every day are quickly forgotten, others get stored away as long-term memories through a process known as memory consolidation.

Now, scientists have recorded the first direct evidence in humans of “offline replay,” the brain’s replaying of waking experiences during sleep to help solidify the events in our memory.

This discovery provides new insights into the still largely mysterious process of memory consolidation — as well as evidence that we shouldn’t discount the value of a good night’s sleep.

When rats experience something during their waking lives, their brains fire neurons in a specific pattern.

When they sleep, their brains then fire that same pattern of neurons as part of the memory consolidation process — that’s offline replay.

We know this happens to rats and certain other animals because we’ve seen evidence of it, and scientists have long theorized that the human brain does the same thing.

However, they’ve never actually been able to catch this key part of memory consolidation in action in humans — today’s brain imaging tech doesn’t have the spatial resolution necessary for the task.

For this new study, published in the journal Cell Reports, a team co-led by scientists from Massachusetts General Hospital and medical tech startup NeuroPace took a different approach.

Rather than trying to record the patterns using non-invasive imaging tech, such as EEGs or FMRIs, they looked for them using brain implants.

The study involved just two participants, both of whom already had sensors implanted into their brains as part of a separate clinical trial focused on brain-computer interfaces.

“There aren’t a lot of scenarios in which a person would have a multi-electrode array placed in their brain, where the electrodes are tiny enough to be able to detect the firing activity of individual neurons,” first author Beata Jarosiewicz said in a press release. “That’s why this study is unprecedented.”

While they were playing the game and during their post-game nap, scientists saw the same patterns emerge.

The scientists asked the participants to take a nap before and after completing a task similar to the electronic game “Simon“: four panels, each a different color, lit up in a sequence and the participant had to repeat the sequence back.

Rather than actually tapping on physical panels, though, the participants watched the colors light up on a screen and then imagined moving a cursor with their hands to click on the panels in the correct order.

The scientists used the participants’ brain implants to study the patterns of neurons firing in their brains, both while they were playing the game and during their post-game nap, and saw the same patterns emerge — evidence that the brains were “replaying” the games while the participants slept.

“This is the first piece of direct evidence that in humans, we also see replay during rest following learning that might help to consolidate those memories,” Jarosiewicz said. “All the replay-related memory consolidation mechanisms that we’ve studied in animals for all these decades might actually generalize to humans as well.”

Learning While You Sleep

Now that they have evidence of offline replay in sleeping humans, the next step for the scientists is figuring out how it ties into memory consolidation.

One area of interest, Jarosiewicz told Gizmodo, is the connection between the strength of replay and the level to which a memory is burned into a person’s brain.

“Future studies could probe this relationship further by, for example, re-testing participants on the repeated sequences again after their post-game nap,” she said.

“We would also like to look at how replay evolves over longer periods and different stages of sleep,” she continued, “including overnight sleep, and maybe even explore how replay might relate to phenomena like dreaming.”

Based on the evidence uncovered so far, though, it seems that sleeping may play a role in locking information into the brain — meaning a good night’s sleep could help your cognitive performance during a test or interview, according to Jarosiewicz. 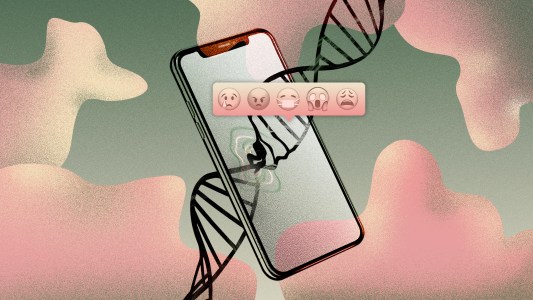 Digital phenotyping uses our smartphones to detect anything from Parkinson’s disease to mental health disorders.