Using cellulose from trees and a synthetic polymer, MIT researchers have created a material that “is stronger and tougher than some types of bone, and harder than typical aluminum alloys,” the university announced.

The researchers hope their compound could lead to better, more sustainable plastics in the future. Currently, the material shrinks while drying, making printing anything large out of it difficult.

“If you could avoid shrinkage, you could keep scaling up, maybe to the meter scale,” said MIT’s Abhinav Rao. “Then, if we were to dream big, we could replace a significant fraction of plastics with cellulose composites.”

The researchers hope their compound could lead to better, more sustainable plastics in the future.

The power of crystal: According to MIT, if you want to find the strongest part of a tree, you’ve gotta look real close. It’s not the mighty trunk or sturdy roots: it’s actually in the cell walls.

Those walls are made of cellulose, which provides the structure for everything from algae to my beloved venus fly trap to the towering redwood. Cellulose is strong because it is made from organic polymers arranged in tight crystalline patterns.

These cellulose nanocrystals (CNCs) reinforce the cell walls, and, according to MIT, they are stiffer and stronger than kevlar at this scale.

So why are plastics still made from petroleum, rather than these plant-derived nanocrystals? The problem is scale. If you put too many CNCs in a material, they tend to clump together, and they don’t bond well with other polymer molecules.

This stand-offish nature keeps them from being used at high enough concentrations to take advantage of their strength and resiliency.

Now, the MIT team has found a recipe that can get around that.

They started by mixing off-the-shelf CNC with a synthetic liquid polymer, getting the ratios right to form a gel, New Atlas reported. To prevent the nanocrystals from clumping up, they hit them with an ultrasonic probe, breaking them free and allowing them to play nice with the other molecules.

In the end, the strong bonds were suffused throughout the material.

When the team took a closer look at their cellulose nanocrystals, they found that they were arranged in a brick-and-mortar pattern similar to nacre — that’s the shimmering material you slurp your oyster off of, and what pearls are made from.

Nacre’s structure helps prevent a crack from being able to run all the way through it; the team found that their new material showed that same resistance to cracking.

The challenge to solve: The gel is able to be 3D-printed, but it’s not ready for the (literal) big time, though. The shrinking that happens when it dries would cause anything too large to buckle or crack during the drying process.

That problem is potentially solvable, though, and if it is, the material could let us do a bunch of stuff we’ve never done before.

“By creating composites with CNCs at high loading [read: lots of them in the mix], we can give polymer-based materials mechanical properties they never had before,” A. John Hart, a professor of mechanical engineering at MIT, said.

Eventually, such materials may be able to replace plastics made from fossil fuels. 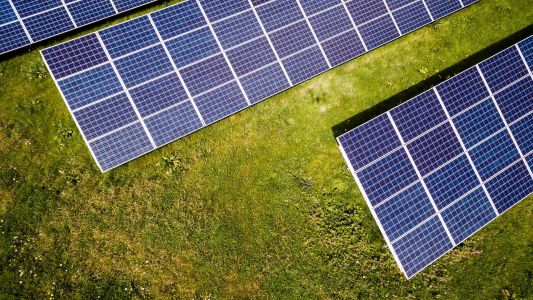 Clean Energy
First solar canal project is a win for water, energy, air and climate in California
By Roger Bales
Subscribe to Freethink for more great stories
Subscription Center
Sections
Video
Freethink
Subscribe
We focus on solutions: the smartest people, the biggest ideas, and the most ground breaking technology shaping our future.
Subscribe