Life first emerged in Earth’s oceans about four billion years ago. Some 3.6 billion years later, animals finally evolved their way out of the water and onto land.

Part of this transition involved the swapping of fins for limbs, and exactly how this trade-off went down has long puzzled scientists. Fins are far simpler, structurally speaking, than arms and legs, so most assumed that the transition must have involved changes in multiple genes.

However, in a new study, researchers from Harvard University and Boston Children’s Hospital were able to create mutant zebrafish with the beginnings of arms by tweaking just a single gene.

“In this one mutation, you get the new bone, you make the joint, and you make the muscle attachments all in one go,” researcher Matthew Harris said in a press release. “You didn’t need to have a mutation in the muscle gene, a joint gene, and in the bone gene.”

The researchers weren’t looking to understand how fins evolved new bones or limbs with their study — in fact, they were trying to understand kind of the opposite phenomenon: the disappearance of bones from limbs.

Genetic mutations can cause an organism to develop with missing or malformed bones. By injecting random mutations into the DNA of zebrafish — a common subject for genetics research — the researchers were hoping to cause some of these abnormalities.

When they found an interesting mutant zebrafish, they could then use the gene technology CRISPR to identify what stretches of DNA were involved in the changes to the organism.

The goal was to see if they could find a connection between those genes and skeletal abnormalities in humans. But the researchers were surprised to discover that some of the mutations caused new bones to appear.

“Prior to this, there aren’t any examples where we have genes or mutations that actually elaborate the structure and make it even more complicated,” researcher M. Brent Hawkins said in a press release.

“Even in the case of limbs, we only know how to make a limb smaller or less complex,” he continued, “but we didn’t have any information on how (to) add elements to a fin or a limb.”

The changes to the zebrafish involved two pectoral fin bones called “proximal radials.” In the mutant zebrafish, a new set of bones called “intermediate radials” developed, forming a joint with those existing bones.

Mutations in either of two genes (“vav2” and “waslb”) could cause these new bones to form. Prior to this, no one had ever connected those genes to skeletal development.

Using CRISPR, the researchers discovered that the mutations increased the expression of another gene (called “hoxa11b”), which plays a role in the development of forearms in mammals — in fish, the non-mutant copies of these two genes usually suppress the expression of hoxa11b.

“These mutations reawakened a developmental pathway in zebrafish that was hidden,” Frank Tulenko, an evolutionary developmental biologist at Monash University, who wasn’t involved in the study, told Science Magazine.

The researchers now plan to use video microscopy to study how the fully grown mutant zebrafish move, and whether the new bones affect the functionality of their fins.

“With our work, we’ve found unexpected commonalities between fins and limbs, and I think there are even more similarities that are yet to be discovered,” Hawkins said.

“While it’s not the whole story, what we’re seeing is a window into the puzzle of how you go from a fin to the modern limb,” he added. 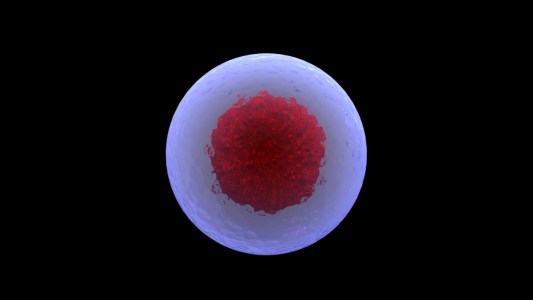 Biology
Smart stem cells made from fat have the power to heal
By Teresa Carey
Subscribe to Freethink for more great stories
Subscription Center
Sections
Video
Freethink
Subscribe
We focus on solutions: the smartest people, the biggest ideas, and the most ground breaking technology shaping our future.
Subscribe