A team of researchers believes that they have identified two new types of brain cells that may play an important role in the formation of memories.

The new cells, called “boundary” and “event” cells, break human experiences into clips that we can then recall later — memories.

They caught the cells firing while running memory tests on volunteer epilepsy patients who have surgically implanted electrodes, providing the team a unique interior window into an active human brain.

“This is a truly impressive study that is unprecedented, connecting a high-level cognitive concept with recordings from neurons in humans,” Christopher Baldassano, principle investigator at the Columbia Dynamic Perception and Memory Lab and not involved with the study, told STAT.

Researchers believe they have identified two new types of brain cells that play an important role in the formation of memories.

Researchers theorize that memory is broken up into experiences, more like a photo album than a movie, STAT explained. These cognitive boundaries may serve as cues to help us create new memories.

While not obvious during our day-to-day, scientists have broken the boundaries into two categories — soft and hard — for research purposes, ScienceAlert reported.

“An example of a soft boundary would be a scene with two people walking down a hallway and talking, and in the next scene, a third person joins them, but it is still part of the same overall narrative,” Cedars-Sinai neurology professor and study senior author Ueli Rutishauser explains.

A hard boundary would be a more dramatic jump; from a hallway to, say, a boat.

“The difference between hard and soft boundaries is in the size of the deviation from the ongoing narrative,” Rutishauser said. “Is it a totally different story, or like a new scene from the same story?”

In the study’s video clips, a soft boundary could be something as subtle as a camera angle change, or going from wide out to a close up, as long as the story stayed the same, STAT reported. Hard boundaries featured two different clips from two completely different stories.

Making memories: When the participants watched the film clips, the researchers used the electrodes in their brains to detect that a certain group of brain cells, the boundary cells, increased their electrical activity after seeing both soft and hard boundaries.

A different collection of cells, the event cells, only cranked up the juice after hard boundaries.

“It’s the first time these cells have been seen at the electrophysiological level in humans,” Rutishauser told STAT.

The researchers think that the activity of these cells may be setting up the brain to record the memory.

“A boundary response is kind of like creating a new folder on your computer,” Rutishauser said. “You can then deposit files in there. And when another boundary comes around, you close the first folder and create another one.”

This may help structure memories as they are made, and serve as markers.

When volunteers were given memory tests after seeing their clips, the researchers found that they were most likely to remember images that came right after a boundary.

Researchers believe the activity of “boundary” and “event” cells are priming the brain to make a memory.

“When you try to remember something, it causes brain cells to fire,” Rutishauser said. “The memory system then compares this pattern of activity to all the previous firing peaks that happened shortly after boundaries. If it finds one that is similar, it opens that folder. You go back for a few seconds to that point in time, and things that happened then come into focus.”

The researchers also discovered a correlation with certain neuron firing patterns and memory.

When the event and boundary cells fired in time with a brain rhythm called the theta rhythm, participants could better recall images, suggesting that deep brain stimulation may be an effective memory treatment.

Why it matters: The team’s discovery may help us to understand an important part of our memory system which, as is often the case in neuroscience, is still not well understood. Next steps include studying if the boundary and event cells activate dopamine neurons, and if dopamine could be used as a potential therapy for memory loss.

“One of the reasons we can’t offer significant help for somebody who suffers from a memory disorder is that we don’t know enough about how the memory system works,” Rutishauser said. 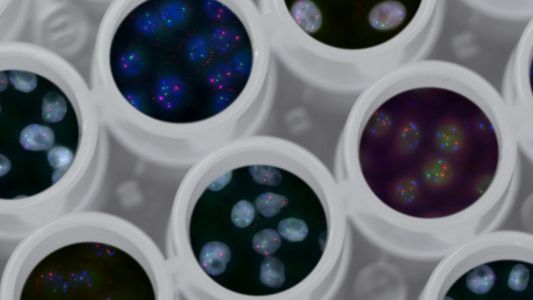 A new study suggests that the causes of these disorders are hidden in “dark genes,” which may account for the enigma of their development.

Genetics
Clues to schizophrenia and bipolar disorder hidden in the dark genome
Subscribe to Freethink for more great stories
Subscription Center
Sections
Video
Freethink
Subscribe
We focus on solutions: the smartest people, the biggest ideas, and the most ground breaking technology shaping our future.
Subscribe