Both schizophrenia (SCZ) and bipolar disorder (BD) are enigmas. Scientists have linked hundreds of genes to each of these conditions, but the genes alone seem to only slightly impact the development of the SCZ and BD. For example, an individual with SCZ-associated genes is only 7% more likely to develop the disorder compared to a person without those genes. This, in and of itself, is not unusual. It suggests that genes are necessary for the development of these conditions, but they are not sufficient to cause the conditions.

However, if a person has one of these disorders, there is a 74 to 81% chance that a close family member also has it. In other words, if a person possesses the genes associated with one of these disorders, it doesn’t dramatically increase their chances of developing that disorder. However, if a family member has either SCZ or BD, then their chances of developing that disorder are quite high. And therein lies the enigma: how can a disorder be passed to offspring if not by genes?

One explanation is that SCZ and BD are “inherited” by non-genetic factors. For example, researchers have shown that exercise can help to control and reduce the symptoms of schizophrenia. And if a person’s family doesn’t exercise, it’s less likely that that person will exercise. That is to say, we “inherit” our family’s behaviors. However, studies of twins have shown family’s behaviors only modestly influence the chances of developing SCZ, suggesting there must be another explanation.

A new study published in Molecular Psychiatry has provided evidence for an alternative explanation: The genetic causes of these disorders are hidden in the dark genome.

The dark genome makes up 98% of our genome

In genetic studies, researchers primarily investigate regions called genes. Traditionally, genes have been defined by a shared structure that allows them to create proteins. Only about 1 to 2% of human DNA is composed of these traditional genes.

One obstacle preventing scientists from better understanding how the genome works may be an overly conservative definition of “gene,” as Chaitanya Erady, a PhD student at University of Cambridge and first author of the recent study, said in a statement.

“When we look outside the regions of DNA classed as [traditional] genes, we see that the entire human genome has the ability to make proteins, not just the genes. We’ve found new proteins that are involved in biological processes and are dysfunctional in disorders like schizophrenia and bipolar disorder.”

The region Erady describes as outside traditional genes is called the dark genome, and scientists know remarkably little about it. Erady’s mentor Sudhakaran Prabakaran, an expert in neuroscience and genetics, is trying to change that.

Previous research has uncovered regions in the dark genome that encode regulatory RNA (RNA that can influence cellular functions), but protein-encoding regions have not been found. Prabakaran suspected this was because dark genes are structured differently than traditional genes, thus they were difficult to find. Determined to characterize the structure of dark genes, he led an expedition into the dark genome. In 2021, he succeeded.

Prabakaran found unconventional and uncharacterized genomic regions capable of producing proteins. More importantly, he and his team found evidence that these dark proteins could be involved in almost 200 different human diseases.

Prabakaran also made a surprising discovery while studying the dark genome in cichlids, a family of fishes that evolved surprisingly quickly. Prabakaran’s found dark genes in the regions associated with cichlids’ accelerated evolution, suggesting dark genes and proteins might have facilitated their rapid evolution. Humans also have accelerated regions.

In 2006, a research group out of the University of Santa Cruz discovered hundreds of human accelerated regions. One of the regions is involved in the development of the human neocortex — the brain region involved in higher-order brain functions, such as language, spatial reasoning, and cognition.

High-level cognition is a recently evolved ability (between 100,000 and 2 million years old), and SCZ and BD are related to cognitive dysfunctions. Previous research suggests that SCZ may be the result of human-specific brain evolution. The genetic changes, which were beneficial for human-specific cognitive prowess, may predispose an individual to SCZ. Similar hypotheses exist for BD, with one suggesting that BD is related to seasonal fluctuations in mood that may have increased reproductive fitness during the Ice Age.

“By scanning through the entire genome we’ve found regions, not classed as genes in the traditional sense, which create proteins that appear to be associated with schizophrenia and bipolar disorder,” said Prabakaran.

Coronavirus
America’s “Test to Treat” has failed. Here’s how to fix it.
So far, Test to Treat has largely failed to get antivirals for COVID-19 to patients that need them — but the initiative can still be fixed.
Up Next 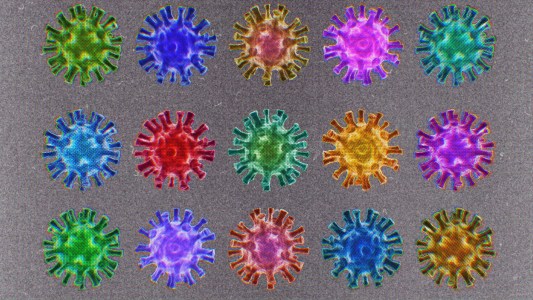 Moderna is developing mRNA vaccines for 15 “priority” pathogens and launching a program giving other developers access to its mRNA tech.