Over the past 15 years, the number of poplar trees around the world has doubled, covering nearly 9.4 million hectares of land. While these huge poplar plantations are used to create biofuels, paper, and timber, a chemical compound lurking within their leaves — isoprene — means that these trees might be doing more harm than good to the environment. In addition to isoprene alone having emissions levels similar to that of methane, studies have shown that increased isoprene emissions caused by escalated poplar tree cultivation could increase premature human deaths 6% by this year. Isoprene is often considered a necessary evil because it allows the poplar trees to endure environmental stress. However, a new study has found that it may be possible to suppress the creation of isoprene without harming the growth of the trees.

When we think of air pollution, we typically think of CO2-belching automobiles or planes, but sometimes (as is the case with poplars) ugly things come in beautiful packages. Besides helping the trees deal with environmental stressors, such as warmer temperatures, isoprene in the air also reacts to form harmful air pollutants, like ozone and aerosols, and promotes longer lifespans for methane, a powerful greenhouse gas.

Together, these increased pollutants negatively affect air quality and human health, as well as eat away at the world’s global energy budget.

To see what they could do about this Jekyll and Hyde compound, the team behind the new study looked at two experimental poplar plantations — one in Arizona and one in Oregon — to see whether manipulating the trees’ genes to suppress isoprene would negatively impact the trees’ overall fitness.

At the Oregon field site, the team studied 19 different genetic poplar lines (15 of which were designed to suppress isoprene emission) over three years; in Arizona, four poplar varieties, two without isoprene, were studied for four years.

Isoprene – a chemical compound found in poplar leaves – has emissions levels similar to that of methane.

Throughout these experiments, the team tested the trees’ reaction to environmental stressors (such as heat or restricted water), measured their rate of photosynthesis, and evaluated their root biomass. They found very little difference in overall fitness between the poplar trees with isoprene suppression and those without it.

While the results show promise for reducing isoprene emissions from poplar trees, the team still isn’t quite sure what’s going on behind the scenes to create this positive result. But they have a few ideas.

The first theory is that the trees might simply be compensating for the lack of isoprene by using different chemical pathways to achieve the same level of stress-protection. The second is that most of the poplars’ growth takes place during low-stress times (e.g. cooler weather) and that isoprene is naturally less important during these growth periods anyway.

Did Someone Say CRISPR?

For this study, the team relied on genetic manipulation of RNA, but they write that future research could benefit from using a DNA manipulation tool, like CRISPR. The authors write that CRISPR would not only be easier to use but would also avoid some of the regulatory hurdles placed on their RNA method, meaning that this approach could be brought to the wider agriculture community much sooner. 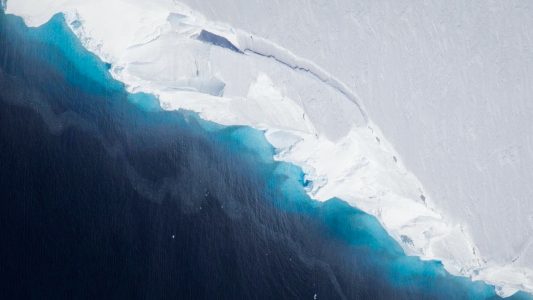 Icefin, a semi-autonomous research vessel, is on a mission to search for clues about one of the continent’s fastest melting glaciers, the Thwaites Glacier.