As a neuroscientist, he and his team at the University of Oregon have constructed a lexicon that connects patterns of brain activity to basic actions in rats.

“We figured out what the laws were in the brain to create simple behavioral sequences.”

The discovery will allow them to read the animals’ minds, helping them understand how the brain coordinates future movements and links many small actions (leg movements) into longer sequences (like walking).

Breaking down the dance moves: Complicated behaviors can be like dancing “La Macarena.” Each behavior can be broken down into a series of actions — like first, the hands go forward, then they move to the hips.

While there is some freedom in how people can perform the pop-dance craze (there have been over 5,000 covers since its release in 1994), there are also basic rules. Behaviors are similar. Various behaviors may be combined, but some criteria control which combinations are appropriate and which are not.

For example, you can vary the tempo and stride length when walking, but (unless you have two left feet) the pattern will always be left, right, left. Knowing these basic rules is necessary for predicting complex behaviors.

And the scientists have begun cracking the code of what that looks like in the brain.

“We figured out what the laws were in the brain to create simple behavioral sequences,” Mazzucato said in a statement.

The study: The team trained a group of rats to complete simple tasks — touch their nose into a spot on the cage, and get a drink of water. The rats repeated the tasks, but they could do it at their own pace.

The researchers monitored the activity of vast groups of neurons in the animals’ motor cortex, a portion of the brain involved in movement planning, while the rats ran around.

The team could see a clear pattern in the rat’s motor cortex, which they detailed in their study, published in ​​the journal Neuron. The pattern revealed a neural signature in their brain that indicated when the rats were about to switch to a different task.

“For every action the animal was performing in the cage, we were able to understand what calculations the neurons were doing in that brain,” Mazzucato said. “We could predict what the animal would do a few hundred milliseconds before they did it.”

In the future, the team wants to examine similar problems about choice and decision-making in settings that imitate real life. Doing so would continue to expand our understanding of the relationship between behaviors and neurons. 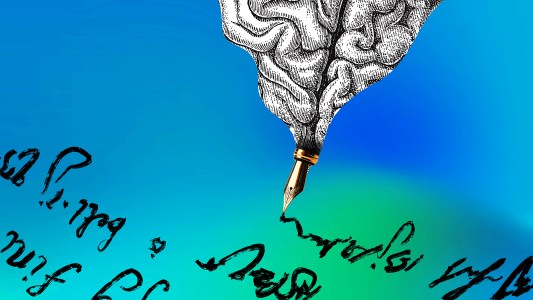 A paralyzed man used a brain-computer interface to send the first “direct-thought tweet.”