Adding “white noise” to computer screens appears to help children with reading disabilities read and recall words — a discovery that could lead to a simple intervention for a common issue.

The problem: Reading disabilities are neurodevelopmental disorders that cause people to read slower or less accurately than expected for their age.

The disabilities typically aren’t due to any issues with general intelligence, but rather an underlying problem with processing sounds, and they affect an estimated 20% of the population.

The challenge: Reading disabilities are incurable and lifelong, but they are treatable — early intervention with proven learning strategies can help children overcome them.

However, not all children with reading disabilities respond to those interventions, so new approaches are still needed.

The insight: When every frequency detectable to the human ear is played at the same time, it makes a sound that we think of as “static” or white noise.

In past studies, researchers in Sweden and Norway discovered that children with ADHD performed better on cognitive tests when listening to white noise in the background.

For a new study, they wanted to see if visual white noise — the flickering, black-and-white static you’d see on a broken TV — could help children with reading disabilities.

The study: The researchers enrolled about 80 children with an average age of 11 in their study. The children were broken into three groups: strong readers, kids with some reading difficulties, and kids with reading disabilities.

Each child watched a 60-second video, during which 12 words appeared briefly at the center of a computer screen. The kids read each word aloud as it appeared and were then asked to recall the words (in any order) after the video was over.

Children can be helped with an incredibly simple intervention.

The process was repeated three more times, each with a new set of 12 words, with progressively stronger levels of visual white noise in each video.

The results: When the screens flickered with moderate levels of visual white noise, the children with reading disabilities performed significantly better at both reading and recalling the words.

“You can compare it with being shortsighted and needing glasses,” researcher Göran Söderlun at the University of Gothenburg said in a press release.

“We saw that when we exposed the children to a medium level of white noise, their reading improved,” he continued. “However, their reading skills were less good when there was no noise or a high level of noise.”

The kids in the other groups were either unaffected by the white noise or negatively affected by it.

The next steps: As Söderlun points out, this is only the first study of its kind, so more research is still needed to confirm and understand the results.

Future studies might be able to tell if longer-term exposure to visual white noise could lead to lasting reading improvements. They might also help researchers understand how visual white noise helps children with reading disabilities — but for now, Söderlun is satisfied with knowing that it does appear to help.

“These results show that children with reading and writing difficulties can be helped with an incredibly simple intervention,” he said. “By adjusting screens in school or at home, we hope to be able to resolve their problems at a stroke.”

Education
“Personalized curriculums” could get kids to care about school again
Personalized learning has to potential to prepare learners who are self-regulating and self-motivated for life beyond school. 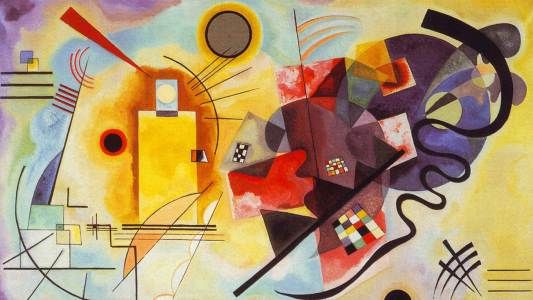