Pulling up to a house in the suburbs of Boulder, Colorado, the white van seems unremarkable — almost nondescript, save for a few institutional decals. But when the door slides open, it reveals an unusual scene: the standard benches have been tossed out, traded for retractable tables, an examination chair, and a psychedelic wall rug (to mellow the vibe).

The mobile lab, run by scientists at the University of Colorado Boulder, is one of several workarounds developed by US researchers to study cannabis outside the confines of campus, where federal law has stymied research of the drug.

Before cannabis can be studied on the grounds of a federally-funded university, the project must submit to a lengthy approval process, involving the Drug Enforcement Administration (DEA), the Food and Drug Administration (FDA), state regulatory boards, and others. Once those hurdles are cleared, scientists may only study cannabis from a single government-approved farm at the University of Mississippi. But this source is hardly representative of the potency and breadth of products that consumers actually use.

As a result, scientists can say very little about the impact of marijuana on human health, even while there is more legal access to the drug than ever before. The number of states with medical marijuana laws has nearly doubled over the last decade, from 17 to 33 states, and eleven, including Colorado, have legalized cannabis for recreational use.

“There was a huge motivation to fill these gaps in public health information,” says CU Boulder’s Cinnamon Bidwell, who helped establish the mobile lab with her colleague Kent Hutchison. “Kent really came up with the idea that, you know what, we can’t bring legal market cannabis into the lab because we’re a federally funded university, and that would violate federal law,” she says. “But we can bring the lab to the people.”

Over the past two years, the team’s mobile lab has parked outside the homes of more than 500 local participants, who have undergone cognitive tests and blood work before and after using their own cannabis products at home.

We can bring the lab to the people.

The lab’s first completed study, which Bidwell and her coauthors have submitted to a journal for peer-review, investigates cannabis products with potencies that have never been studied before. These include waxy cannabis concentrates with up to 90% tetrahydrocannabinol (THC), the psychoactive ingredient in cannabis, and cannabis flower containing up to 24% THC. Until recently, government-issued cannabis for research purposes contained only 3-6% THC.

The team looked at how the higher potency drugs affected participants’ cognitive abilities and memory. For example, people were tested on their ability to recall a 12-item shopping list before and after smoking.

Bidwell and colleagues are also working on a project that investigates the effects of cannabis edibles on pain, inflammation, and cognition. The team has added a second mobile lab — paid for mostly by research grants and some crowdfunding — but studies are slow going, as only one participant is allowed on board at a time and each appointment lasts 2-4 hours.

Less than an hour’s drive away, near the University of Colorado Denver, another group of scientists is conducting off-campus cannabis research in a stationary setting: a rental house. CU Denver’s Ashley Brooks-Russell says setting it up wasn’t easy — it took a year to find a landlord willing to rent to them — but the location allows them to observe people using real-world products.

At the lab house, Brooks-Russell is studying the impact of cannabis on occasional and daily users’ driving abilities using a car simulator. The study of about 100 participants, including non-users as a control group, is scheduled to finish next month.

Still, others are turning to technology to study cannabis. Led by the University of New Mexico’s Jacob Vigil and Sarah Stith, researchers have partnered with makers of a smartphone app called Releaf to collect self-reported data from more than 100,000 anonymous users on the side effects of a huge range of cannabis products. Using the massive dataset, the team studied marijuana’s impact on a number of symptoms related to pain, anxiety, and depression.

One limitation of this data is that accurate dose information depends on the veracity of the product labels, which can vary. But the “beauty” of this observational approach over controlled trials, Vigil says, is that it lets them measure people’s decisions in natural settings.

“For something like cannabis, there’s so much variability in product, combustion methods, (and) routes of administration that results of any clinical trial wouldn’t be able to say too much about that wide breadth of product available out there,” he says. Another challenge for scientists doing cannabis research is that the field still carries a stigma from the wider academic community, adding that he didn’t feel comfortable focusing on cannabis until he had tenure.

Daniele Piomelli, director of the University of California Irvine Center for the Study of Cannabis, says that many researchers are still discouraged from pursuing cannabis research because of the arduous regulatory process. That’s a shame, he says, because it’s a fascinating field with important implications for human health. Piomelli and others have advocated for cannabis to be taken off the DEA’s schedule of controlled substances, or short of that, for a “safe harbor” policy that allows scientists to conduct research without the fear of losing funding.

“There’s so much work that needs to be done,” Vigil says, but “I think we’re headed in the right direction.” 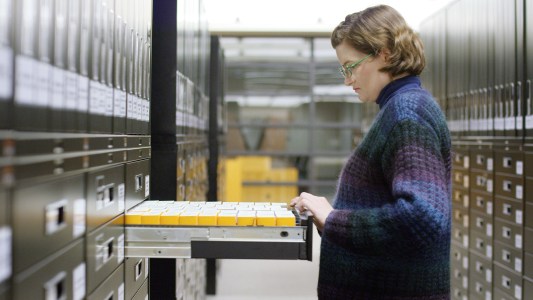 One woman is tracking thousands of missing people. Autism is her superpower.

Mental Health
Keeper of the missing5:16
Subscribe to Freethink for more great stories
Subscription Center
Sections
Video
Freethink
Subscribe
We focus on solutions: the smartest people, the biggest ideas, and the most ground breaking technology shaping our future.
Subscribe