In the blink of an eye on the evolutionary timescale, humans climbed down the trees, changed the landscape of this planet like no species before, and left their footprint in space. At each stage in the evolution of modern humans, we have strived to break free from the limits imposed upon us by biology. A major part of the human journey has been the development of new technologies, a phenomenon that has grown exponentially over the last century.

Transhumanism now and in the future

Transhumanism is an intellectual and technological paradigm that seeks to leverage this progress to further enhance the human condition. It cultivates a belief wherein by freeing the human body and mind of their biological limitations, humanity will transcend into a future unconstrained by death.

What does transhumanism look like? Its proponents promise a world where lifespan-extending breakthroughs allow us to live longer. Transhumanism will push research toward anti-aging treatments that let us stay healthy for a greater proportion of our longer lives. Mind-controlled prosthetics will offer disabled people the opportunity to regain control of their limbs.

Indeed, much of this is already happening. For instance, cochlear implants restore a sense of hearing, and pacemakers can add decades to patients’ lifespans. Recently, surgeons at the University of Maryland Medical Center transplanted a pig heart into a patient. Through genetic engineering, the scientists subdued the immune responses that would have otherwise made the patient’s body reject the organ. (Unfortunately, he later died.) In the future, transhumanists claim, we may be able to regenerate our organs, including hearts and brains, such that they never grow old.

But transhumanism proponents often go far beyond these breakthroughs. Many in the movement suggest that a “singularity” is the inescapable outcome of exponential technological progress. In such a future, they claim, it would be possible for humans to upload their minds to a computer and live forever in the digital realm. Some are signing up now to be frozen until such a time arrives that they can be revived.

So, on the one hand, we have technologies that are lengthening and improving the quality of our lives. But on the other hand, we are promised a techno-optimistic future where humans are immortal. History is rife with con artists promising the elixir of life. Is transhumanism any different? Is transhumanism the savior of humanity — or a false prophecy?

Is aging just a disease?

In Harry Potter and the Methods of Rationality, a fanfiction novel by Eliezer Yodkowsky, Professor Quirrell tells Harry of a distant future when humanity would migrate from one solar system to another. He says that humans then “won’t tell the children about the history of Ancient Earth until they’re old enough to bear it; and when they learn they’ll weep to hear that such a thing as Death had ever once existed!”

Death, indeed, is the most profound of limitations that biology imposes on us. While immortality is more fiction than fact at the moment, radical improvements in longevity are already underway.

Over the last few decades, the growth of “omics” technologies has made it possible to understand how genes contribute to phenotypes. Research in various model organisms has revealed that several genes involved in stress resistance, the length of telomeres (the ends of chromosomes that shorten with aging), and cellular division are linked to the aging process. In the last few years, longevity companies have begun exploring their mechanisms of action to develop anti-aging drugs.

Indeed, some of this research shows promise. But the underlying assumption is that aging is simply a disease like any other that can be cured. Is that true?

One important limitation to keep in mind is that much of this research is being done in mice. That’s fine, but unlike mice in laboratory settings, humans don’t live in highly protected spaces, a luxury that is arguably a major factor in increasing lifespans. Also, the physiology of mice and men are too different to claim that any effects seen in the former will be seen in the latter. Poor translation from mice to humans remains a challenge for nearly all anti-aging drugs under development, as well as biomedical research in general.

Longevity researchers often see aging as a disease that can be cured. The hypothesized cures often involve restoring vitality by reversing the biological clock. Regenerative medicine technologies are generating a lot of interest, especially following Shinya Yamanaka’s work in inducing specialized cells to turn back into stem cells upon the introduction of a few transcription factors, molecules that regulate gene expression.

However, this area too is filled with overhyped studies. Telomeres are unreliable aging clocks, and finding a cure for aging is tricky if it cannot be accurately measured. After all, anti-aging drugs are tested by their ability to slow down these aging clocks. Likewise, research on stem cells’ ability to rejuvenate our bodies is benchmarked by how well they rewind the biological clock. But, if these clocks aren’t true indicators of biological age, then studies based upon them are not producing reliable information. Worse, unproven stem cell therapies can lead to serious side effects, including blindness and cancers. One woman’s botched stem cell treatment led to bone fragments growing around her eye.

The Nobel Prize-winning CRISPR technique, which allows researchers to make precise edits in the genome, is incredibly powerful. Undoubtedly, it will make scientific research faster and lead to world-changing breakthroughs. Last year, the technology was used to cure a patient of sickle cell anemia, an inherited blood disorder that was previously incurable.

However, diseases that are caused by single genes, such as sickle cell anemia, are incredibly rare. For example, cardiovascular diseases that constitute the leading cause of death globally are shaped by a complex interplay of multiple genetic and environmental factors. Most likely, genetic engineering will not be able to cure diseases with complex etiologies. For the same reason, this is why the concept of “designer babies” — with pre-selected traits like athletic ability and high intelligence — are mostly a fantasy. Many of the characteristics we care about are controlled by hundreds, if not thousands, of genes.

Genetic engineering is also unlikely to be used to cure babies of various illnesses or conditions before they are born. If the objective is to avoid birth defects, pre-implantation screening and embryo selection can achieve that without the need for genetic manipulation.

Ensuring our bodies survive indefinitely through regeneration isn’t the only route to immortality. As many sci-fi enthusiasts will vouch, one day, we might upload our minds into vast supercomputers. And like many other technologies touted by transhumanists, there are genuine advances in brain-computer interfaces. For example, some patients in a vegetative state can now communicate thanks to advances in neuroscience. Thus, transhumanists see uploading our minds as the zenith of a trend already underway. But this argument is dominated by hype rather than science.

A major and necessary milestone on the pathway to replicating the human brain in silico is understanding how the brain works. Indeed, we cannot build a conscious entity from scratch if we don’t know how consciousness originates. We currently do not — and can barely even define it. As most neuroscientists (but perhaps few AI engineers) will admit, we know astonishingly little about how the human brain works. It is still mostly a black box.

Why? The human brain has 1,000 trillion connections between neurons. Properly replicating a brain — in other words, you — would require precisely reproducing these connections and the information that they contain. (How the brain actually stores information is yet another basic thing we don’t understand.) The sheer amount of information needed to reproduce one brain is roughly equivalent to the size of the internet (the 2016 version of the internet, anyway). And the computing power necessary to operate a single computerized “brain” in real-time is unimaginable at the moment.

Even if we had the necessary computing power, scientists have no idea how the brain’s structure and function translate to subjective, conscious experience. The sensation of eating chocolate is not something we can reproduce. Additionally, the entire notion that the brain or consciousness is “uploadable” is dubious. It stems in large part from the belief that our brains are like computers. However, that comparison is not correct. The brain as a computer is just a useful metaphor comparing the complexity of brains to that of humanity’s most sophisticated invention; it is not biologically accurate. The brain does not operate like a computer.

Reductionism: A fatal flaw in transhumanism?

Today, we know that many phenomena are emergent in nature. This means that their properties arise as a consequence of the interactions between their parts. For instance, the biological law of natural selection is not the direct result of the laws of physics. Instead, it emerges from the interactions of countless organisms. Simply knowing how protons and electrons interact does not yield any insight into the emergent phenomenon of biological evolution. Similarly, imitating the interactions of a quadrillion neurons in a computer almost certainly will not allow us to reproduce the emergent phenomenon of the mind. As Susan Lewis writes in her book Posthuman Bliss? The Failed Promise of Transhumanism, “The viability of transhumanists’ dream depends on a compartmentalization of the mind and brain that scientific findings increasingly supersede.”

In an essay on emergence, 13.8 columnist Adam Frank wrote:

If you know the fundamental entities and their laws, you can, in principle, predict everything that will or can happen. All of future history, all of evolution, is just a rearrangement of those electrons and quarks. In the reductionist view, you, your dog, your love for your dog, and the doggie love it feels for you are all nothing but arrangements and rearrangements of atoms. End of story.

Obviously, nobody really believes that. Yet, this sort of thing has to be true for the biggest promises of transhumanism to work. The problem is that it isn’t true.

Therefore, instead of focusing on a distant future where sci-fi somehow becomes reality, transhumanists ought to redirect their energy to improving the human condition today. Many of the technologies upon which transhumanists base their aspirations can make a real difference here and now. 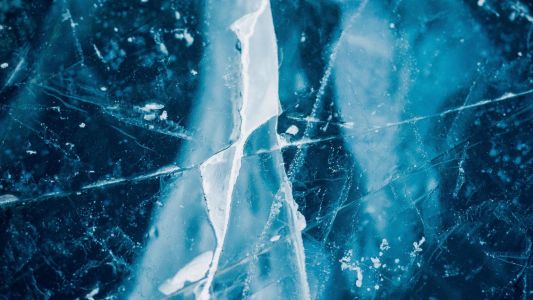 For decades, people have arranged to freeze their bodies after death, dreaming of resurrection by advanced future medicine.

Biology
What ever happened to the first cryogenically frozen humans?
By Tom Hartsfield
Subscribe to Freethink for more great stories
Subscription Center
Sections
Video
Freethink
Subscribe
We focus on solutions: the smartest people, the biggest ideas, and the most ground breaking technology shaping our future.
Subscribe