Welcome to another edition of the Cool Stuff Roundup, where we share with you the fun stuff we’ve been sharing with each other on the Freethink Slack channel. This week’s edition kicks off with an incredible medical breakthrough.

Starting in the spring of 2017, people with Type 1 Diabetes will be able to buy an artificial pancreas . Currently, these patients have to give themselves insulin–which their pancreases don’t make–either with manual injections or by programming a pump attached to their bodies. But Medtronic’s MiniMed 670G promises to do a lot of that work for them by monitoring their blood glucose levels and using an algorithm to automatically administer insulin. It’s not a perfect system–patients will still have to manually check their blood sugar to make sure the device is properly calibrated–but it’s a huge step in an amazing direction.

Google just changed the translation game. (Again.) Google Translate has been around for years, but the new system the company is rolling out promises to reduce errors by 60%. How, you ask? Google has introduced machine learning to its translation algorithm, and that means Google Translate is now capable of self-improvement over time. As in, the program can literally learn to translate better. Keep your eye on this topic–machine learning is basically the next step in the quest for artificial intelligence.

How Big is the Mars Rocket SpaceX is Building? Really big. If you’re not subscribed to Wait But Why, you’re missing out on one of the best email digests the Internet has to offer. And this week’s issue is a perfect example: WBW founder Tim Urban takes a deep, detailed, and enthusiastic dive into Elon Musk’s vision for settling Mars. “One day,” Urban writes, “we’ll be those old people who remember a time when humans only lived on one planet and the population of Mars was zero—and people will find that fascinating.”

All of Ray Kurzweil’s crazy ideas are finally in one place. Computer scientist Ray Kurzweil has spoken for years about the possibilities that will arise from the accelerated pace at which humans are creating new technology. Singularity University, where Kurzweil gives some of his best talks, has created a new YouTube channel where you can get a small dose of Kurzweil on just about any topic. It’s called the Ray K Q&A, and watching it will make you feel like anything is possible.

Now for something lighter: What makes camping gear “bear-proof”? If you’ve gone shopping for hiking or camping gear in the last few years, you may notice that some items–coolers, for instance–claim to be “bear-proof.” Turns out there’s more to that label than just marketing: “If a manufacturer of outdoor gear wants to market its product as bear-resistant, there is one way to know for sure. Bear keepers fill the container with a treat such as peanut butter, fish or meat, set it out in the grizzly enclosure, then let the bears out of their gated dens and stand back.” 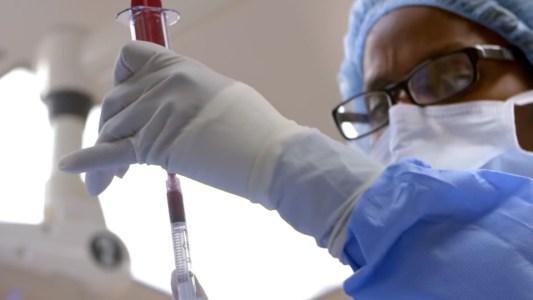 New proposed regulations from the FDA would effectively shut down private stem cell clinics in the U.S.