Welcome back to This Week in Ideas, where we share the best stories shared on Freethink’s internal Slack channels. Let’s get started.

HTC spends big on VR in (where else!) China: Tawainese tech company HTC will spend $1.5 billion on a VR initiative in China. The race for a market-penetrating VR system is officially on.

Google Earth through VR will blow your mind: “Never have I uttered the phrase ‘holy f—k’ so many times in one virtual reality session,” writes Mashable’s Adario Strange. “That’s how amazing the new Google Earth VR is when you experience it using the HTC Vive.”

**China goes all-in on gene editing:** The cutting edge (and somewhat controversial) gene-editing technology CRISPR has finally been tested on a human being. And it didn’t happen here in the U.S.: “On 28 October, a team led by oncologist Lu You at Sichuan University in Chengdu delivered the modified cells into a patient with aggressive lung cancer as part of a clinical trial at the West China Hospital, also in Chengdu.” One American researcher anticipates the trial will lead to a 21st century medical technology race between China and the U.S.

A cancer “vaccine” developed in Cuba is coming to the U.S.: “The country has a whole arsenal of unique drugs locked behind the U.S. embargo,” writes The Atlantic ’s Sarah Zhang.

What science says to do if your loved one has an opioid addiction: Over at 538, Maia Szalavitz has written “an evidence-based guide about what the science of opioid addiction recommends for people trying to help a loved one suffering from addiction.”

VR
VR exposure therapy app lets you face phobias on your own terms
Exposure therapy is a reliable technique for overcoming irrational fears, but it currently suffers high patient dropout rates.
By Sam Jarman
Up Next 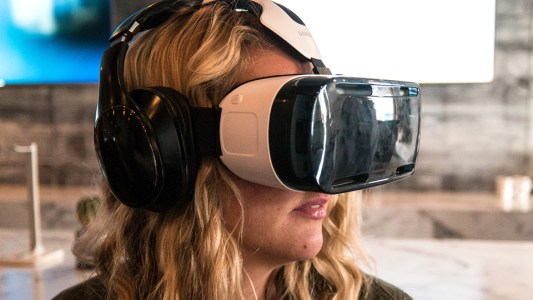 VR
This week in ideas: How VR changes our dreams, a stem cell miracle, and the shoes of the future
By Mike Riggs
Subscribe to Freethink for more great stories
Subscription Center
Sections
Video
Freethink
Subscribe
We focus on solutions: the smartest people, the biggest ideas, and the most ground breaking technology shaping our future.
Subscribe