The college where students roam the world to learn

4 years, 7 cities, 0 tests. A college to prepare students for the real world.
In partnership with

Up Next
Now Playing
How Grant Sabatier saved $1 million in 5 years
7:50 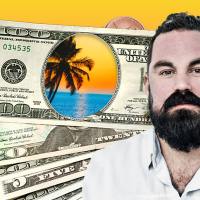 Now Playing
Should war robots have “license to kill?”
8:32 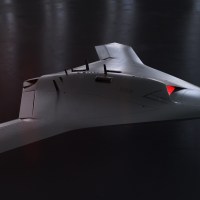 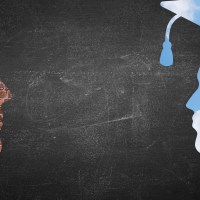 Ahmed Kamel went from a traditional university to a decidedly non-traditional one; he has seen the educational methods that have persisted for decades, and ones made to break away from them.

In going from Egypt’s Alexandria University to Minerva University — headquartered in San Francisco, but whose campus is, essentially, the world — Kamel has made a journey across the field of education, and landed in a place where he could flourish.

“So you go to the campus every day, you have labs, everything like that,” Kamel says of Alexandria. “But honestly speaking with you, I wasn’t happy. I wasn’t satisfied with the whole experience, I felt it’s too slow for me. I would say everything is just happening too slow.”

He heard about Minerva’s unique approach to education, which includes living in seven diverse cities around the world — a metaphorical and literal journey where they focus on learning practical knowledge, applicable to the real world.

Submersed in various cultures, faced with various, real-world problems, the program is meant to develop critical and creative thinking that extends beyond memorizing facts for a test.

It’s an approach that has helped Kamel as an entrepreneur, founding the startup Hands-On Labs with his wife (and fellow Minerva grad) Bukle Unaldi. Hands-on Labs provides remote access to a robotics laboratory for people anywhere in the world, and won the Education category of the Microsoft Imagine Cup.

Kamel and Unaldi continue to work with Minerva, offering student internships and helping their startup grow.

His Minerva experience also paid dividends in a company about as far from a startup as you can get: Amazon, where he currently works. You can’t possibly learn everything you need to learn in a classroom, Kamel says. But if you can figure out how to be self-disciplined and acquire information yourself, you can learn anything you want.

Taking those skills around the world has prepared Kamel for diverse workplaces, where people from various backgrounds and cultures work together.

“You get people from every culture in the world, and now, you know how people think and how to work in a team,” Kamel says. “And how to make things happen.”

A Different Approach to School

The difference in Minerva’s approach is obvious.

“It’s practical education grounded in the real world, and that’s what Minerva does,” Ben Nelson, former CEO of Snapfish, says. Nelson founded the university, where he currently acts as an advisor.

Nelson’s interest in higher ed reform began while attending the University of Pennsylvania’s prestigious Wharton School of Business. In his freshman year, Nelson worked up a blueprint for reforming the curriculum, inspired by a class on the history of universities.

“I realized that what the universities are supposed to be is not what they are,” he told the Wall Street Journal. “[T]he concept of universities taking great raw material and teaching how it can have positive impact in the world is gone.”

While at Wharton he served as chair of the Student Committee on Undergraduate Education, a student think tank dedicated to education. A powerful revelation has been on his mind for a long time: “Higher education is long overdue for fundamental reform.”

Minerva’s educational philosophy is rooted not in the ability to pass an exam, which Nelson says only truly tests your ability to recall information in the short term, but in acquiring skills that students and employers say can prepare them to thrive in the world beyond academics.

The university focuses on four core aspects: the ability to think critically, to think creatively, to communicate effectively, and to be able to apply those skills to working on a team. Those skills, Kamel believes, have helped him work everywhere from a burgeoning startup to a bustling business behemoth — skills that transfer across contexts.

Instead, much like how the curriculum is student-focused, the admissions experience is meant to empower applicants, as well, providing people a chance to demonstrate “who you are, how you think, and what you have achieved.”

Aspen, a Minerva student from a small town in Indiana, was literally waiting at her standardized testing site to take her SAT when her dad looked up from his phone and asked her a question.

“He goes ‘hey, what do you think of a college that doesn’t take standardized testing?’” Aspen says. “And I was like, ‘sign me up!’”

Instead, students like Aspen and Kamel go through a three-part process.

The application is first. This is pretty simple; basic biographical info about yourself, including your academic history.

Next, prospective students take a series of online challenges to measure how they think about things as far afield as creativity and math. Finally, you share your achievements as defined by you, and Minerva considers all three aspects when determining who gets accepted.

Financial aid is determined totally by need, and there is no application fee.

The resulting student body does not look like the typical highly selective university. At a traditional elite school, most of the students will come from households with a net worth north of $1 million. At Minerva, the majority come from families making less than $50k a year.

Minerva students have the world as their campus. Immersing themselves in seven cities — San Francisco, Buenos Aires, London, Berlin, Hyderabad, Taipei, and Seoul — means students are regularly outside of their comfort zones, challenged to grow.

“City by city, your experience changes,” says Pablo, a Minerva student. “And I think that’s the awesome thing about it.”

Through various city-based opportunities, students identify challenges and problems they can try to solve.

By working through them, students develop problem solving skills, rather than rote memorization.

A Different Approach to the Future

Kamel and Unaldi are still involved with Minerva University — although now it is through their remote robotics lab startup, Hands-on Labs.

Hands-on Labs was born of the pandemic. While on his global tour, Kamel got locked down in Bueno Aires as SARS-CoV-2 hit Argentina. Unable to access the facilities to do what he wanted to do, while being thrown onto remote work like everyone else, it struck him: why not have a robotics lab that can be accessed from anywhere?

Now, students can use Hands-on Labs to run real robotics experiments from wherever they are.