Of the 77 million people in the US who have been incarcerated, well over half — 63% — are unemployed the first year out.
In partnership with

Up Next
Now Playing
Why sex work is good, explained by Aella
5:01 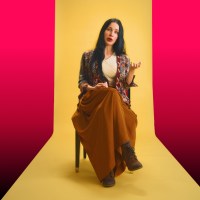 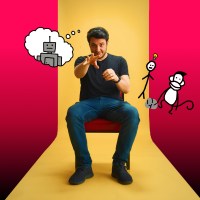 Now Playing
Aliens may have a signature that a telescope can hear
6:50 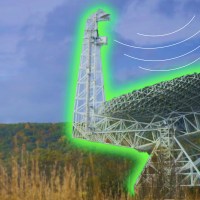 When he was just 15 years old, Jason Wang was arrested for aggravated robbery, a first-degree felony, which saw him sent to prison for 12 years.

It was the most dehumanizing experience of his life. But Wang did his time, helping fellow inmates graduate with their GEDs and founding and leading Bible studies during his three years. But when he left prison, he entered into a world that saw him in a different light: not as a person, but as an ex-con.

It is a struggle Wang is trying to help others avoid as founder and CEO of FreeWorld, a nonprofit that wants to end recidivism and generational poverty by helping ex-cons find work as truck drivers.

As part of the Stand Together Foundation’s Catalyst Program, FreeWorld has received coaching, development, and support for that mission.

“Prisons don’t prepare you for your release,” Wang says. “You’re just put out on the street. And then you have to navigate that journey.”

FreeWorld wants to ensure people released from prison no longer need to navigate that journey alone.

Getting a Second Shot

“Fresh out of prison, nobody wants to give you a shot,” Brenten Thornton says. “Nobody believes you, nobody trusts you. And I think that’s why a lot of people choose to go back to crime.”

People who have been released from prison end up with destroyed credit scores, and struggle to find housing and education and  jobs, Wang says. Of the people who get re-arrested after release, 89% are unemployed.

Thornton didn’t return to crime; instead of going back behind bars, he got behind the wheel of a truck through the FreeWorld program.

FreeWorld is prison slang for life beyond the gates, Wang explains. His tech-enhanced nonprofit works to get people recently released from the criminal justice system into well-paying, in-demand jobs as local truck drivers — within 45 days.

While trucking may be headed towards eventual automation — self-driving semis are already plying the roads of the southwest in pilot programs — the systems are not yet in place to navigate beyond highways; a human touch will still be needed for a while on complex city streets.

In the meantime, the industry finds itself in desperate need of drivers.

“Today, we are facing a national supply chain crisis,” Wang says, and with over 70% of all goods transported in the back of a truck at some point in their journey, Wang saw an opportunity. “This is a very easy stepping off point, going from a prison cell to going to a truck.”

FreeWorld seemed too good to be true to Thornton.

Once accepted into the program, FreeWorld helps to connect students with housing assistance, transportation, and obtaining documents like ID, social security cards, and birth certificates — all potential roadblocks on the way to a new life.

FreeWorld students receive training in truck driving online, and the nonprofit works in partnership with trucking schools to provide the behind-the-wheel experience necessary to be licensed.

Once students have graduated, Freeworld helps to continuously place newly-minted truckers in jobs for 3 years post graduation. Through financial coaching and transition planning, the nonprofit helps truckers repair credit scores and build wealth — tackling the poverty that can be passed on, generation to generation, like a curse.

Being able to make good money — sometimes within a year of graduating — helps people released from the criminal justice system accelerate their reintegration into society and take care of their family, Wang says.

“The first time my daughter saw me back in the truck, she just had this amazed look on her face, like ‘how is he driving that?’” Thornton chuckles.

Thornton says FreeWorld’s support meant a lot to him; when someone believes and trusts in you enough to put you behind the wheel of a big rig, it “makes you actually want to succeed.”

Behind the wheel, Thorton feels like he has achieved the impossible, and that nobody can count him out anymore. Thornton hopes he can now help his daughter do anything in her life, that she grows up feeling capable of doing whatever she puts her mind to.

“The people that I serve have made grave mistakes in their lives,” Wang says — mistakes he has made himself.

But Wang personally believes that all people are redeemable, if given the opportunity. Wang’s goal is to take FreeWorld beyond trucking and helping to place people into other careers as well.

He sees trucking as a stepping stone towards other industries the FreeWorld model could work in, like welding, drilling, diesel mechanic training, and construction.

“Our aim is to end generational poverty and recidivism through economic opportunity mobility,” Wang says. The vast majority — 98% — of people who have been through FreeWorld’s program have not returned to prison.

He sees them, snapshots of lives that had been interrupted and were now resumed, sees them with their trucks — their second shot — all across America.