Self-driving cars get all the love, but the taxonomy of autonomy includes other vehicles, too — from drones, boats, and AUVs to self-driving cars’ bigger, badder cousin: autonomous trucks.

And our robot Optimus Prime overlords may be one gearshift closer to conquering the roads soon: IEEE Spectrum reports that the San Diego startup TuSimple will be putting their autonomous trucks on the road with no human copilot in 2021 — going “driver-out.”

“This is no longer a science project,” TuSimple chief product officer Chuck Price told Spectrum. “It’s not research. It’s engineering. The driver-out demonstration is to prove to us, and to prove to the public, that it can be done.”

Per Spectrum, TuSimple’s autonomous trucks have already been testing in Texas and Arizona, heading autonomously eastbound and down between depots in Tucson, Phoenix, El Paso, and Houston.

The Dallas Morning News reports that TuSimple is coming to the Metroplex with the intention of setting up a network to add routes to Austin for its autonomous trucks.

Soon, those trucks will really be driving by themselves. Currently, TuSimple’s autonomous trucks drive their routes under their own direction, but they still have someone in the cab — a state of “supervised autonomy.”

Autonomous trucks have logged some considerable miles in this mode. One rig from Plus.Ai drove from California to Quakertown, PA — a shade over 2,800 miles — under supervised autonomy in December with a safety driver, safety engineer, and a load of Land O Lakes butter on board.

But doing that with no one in the cab is a horse of a different color.

Like self-driving cars, self-driving semis utilize a suite of sensors to monitor the road, feeding it all into a machine learning algorithm which keeps the vehicle on route — and hopefully collision-free.

As Spectrum notes, an autonomous truck has some advantages over its sedan cousins. Its higher profile provides better fields of vision for its sensor areas, and the larger body means more room for more powerful computers.

The way autonomous trucks travel is key as well; semis usually run on set routes and mainly on the highway, which is more tightly controlled and predictable for an AI than a city street filled with cyclists, darting pedestrians, and dramatic stroller crossings.

Of course, those higher average speeds — and dramatically increased weight — means autonomous trucks also need to “see” further ahead than cars do, in order to have time to bring the semi to a stop.

According to TuSimple, their digital driver avails itself of high-def cameras which can look 1,000 meters ahead, 360-degree radar tech that marks anything within 300 meters, and a lidar array for higher detail within 200 meters.

Per Spectrum, TuSimple’s trucks use their brakes more judiciously and drive in straighter lines than flesh and blood road warriors, which both provide greater efficiency and saves tire wear. (They wouldn’t need to stop and rest, either.)

We’ve Got an AI Convoy

A whole fleet of autonomous trucks are currently racing to market: Embark, Plus.Ai, Tesla, Waymo and German automaker Daimler, and a host of others.

This is no longer a science project. It’s not research. It’s engineering.

In an industry suffering from a severe lack of drivers, autonomous trucks could make a more dramatic impact than passenger cars.

Spectrum reports that TuSimple is aiming to be able to sell their fully autonomous trucks, operating sans-driver in certain conditions, to fleet owners by 2024. So if you’re dreaming of running a big rig bet against smokies and father time with a good buddy who’s not a deep learning algorithm, better put the hammer down sooner than later. 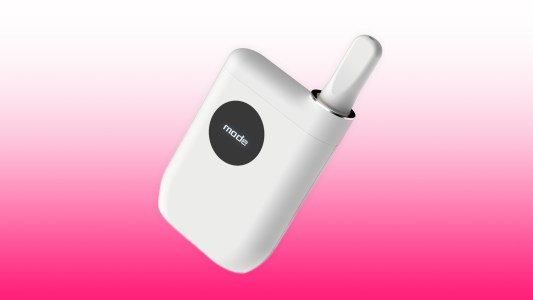