Up Next
Now Playing
Beyond the classroom: Outschool gives kids the chance to follow their dreams
4:30 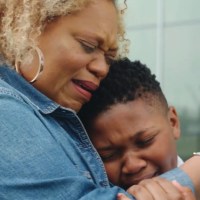 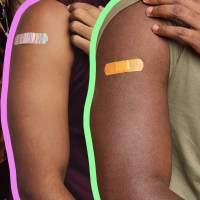 From her Charlotte, NC bedroom, where the walls are covered in dancing music notes, Kendall sings with passion into her computer’s camera.

Over 600 miles away, in Brooklyn, her instructor, Gordon Chambers, breaks into a smile, pumping both fists with delight. It’s a moment of inspiration for them both, made possible via Outschool, an online education platform.

Kendall has taken multiple Outschool classes from Chambers, and keeps coming back for more — something likely to happen if students are interested in what they’re learning.

“I saw not just talent, but work ethic, discipline, and desire to get better and grow in her craft,” Chambers says.

Chambers brings to Outschool credentials you aren’t likely to find in your average music teacher — not many teachers can say they’ve written songs for Beyoncé, Usher, and Whitney Houston. And then there’s his gold records and Grammy.

But it’s the support that he’s received from talented musicians like Queen Latifah and Houston that’s kept him inspired and motivated — not just the lure of record sales and prestigious awards.

He recalls being in the recording studio with Houston when he needed her to hit a specific note with a deadline looming. Finally, the chanteuse came out of the booth:

That’s the kind of inspiring support he wants to bring to his Outschool students.

“Oftentimes, we learn best not by just the information, but by the inspiration,” Chambers says. “That’s where the magic is.”

Outschool’s philosophy is that students are most inspired when they’re able to pursue their natural interests. The site offers a wide variety of small-group classes and outside-the-box teaching methods — how’s video game design, LEGO stop motion animation, or lessons taught by a Harriet Tubman impersonator strike you?

“Outschool is a wonderful medium to help kids find their passions.”

Outschool was founded in 2015. The  online education platform offers 15,000 small-group, live learning lessons and summer camps for children ages 3 to 18.

Classes are taught by independent teachers of various backgrounds — from former professors to high-caliber professionals like Chambers to passionate hobbyists —and  Outschool says they are all vetted to ensure students are getting quality instruction.

Because the classes are live, students get to interact with their instructors, providing real-time sounding boards, motivation, and mentorship — the kind of teaching Chambers believes is key.

“Live online classes are a new learning format that have been made possible by the evolution of group video chat technology and the bandwidth to support it. They offer important benefits over other online and offline options,” co-founder Amir Nathoo wrote in 2017.

Those benefits include accessibility. Online education is available to anyone with a connection and, with an average cost of $10, most classes are cheaper than private tutors.

And with a potpourri of subjects, students have a better chance of not only finding ones they are interested in, but meeting like-minded kids from around the world.

‘Rather than just using software in the classroom as a teaching tool, we’re looking to use it to transform the nature of the education system itself,” Nathoo wrote.

“By letting learners choose their classes and teachers we deliver on the promise of personalized learning to adapt education to individual needs. Other models are inherently limited by a fixed curriculum and faculty.” Outschool is essentially an online education marketplace.

And that marketplace has recently swelled. As SARS-CoV-2 swept the globe, ravaging healthcare systems, shuttering businesses, and keeping students out of school, parents began seeking out online education options.

“I was trying to keep his education going and make it fun,” mother Juliet Travis told the New York Times of her decision to sign her son up for classes.

“Our mission is to inspire kids to love learning, and we seek to supplement local schooling with fun, unique, and social learning opportunities,” Nathoo told Education Next. While traditional subjects like math and reading are offered — and some kids like them! — the majority of families say they use the online education platform to explore their children’s interests, or help them to discover new ones.

Nathoo knows firsthand the power of learning about something that interests you. When he was 5, Nathoo’s parents bought him a computer — a decision that would end up shaping his life.

“I spent hours playing computer games and soon learned to program, so I could create my own games,” Nathoo said. “This kind of magical out-of-school learning led to my career in technology” and eventually the founding of Outschool.

Outschool’s enrollment has doubled since the pandemic began, the  Wall Street Journal reported. In response to these difficult times, a non-profit arm of the education platform, Outschool.org, was launched. So far, $2.5 million worth of classes have been made available to low-income families for free.

“We’re now working to directly measure love of learning and have a research grant to study it further and establish a metric as an alternative to test scores,” Nathoo said.

Small-group classes are beneficial to the teachers, too. Unfettered by mandatory curriculum, instructors can teach what they want and how they want. Teachers are securely paid via online payments, with Outschool taking 30% only from enrollments.

“Outschool is a creative space where educators can offer classes to learners from all over the world,” says Ben Corey, who teaches a class called Fossil Art where students draw animals from ancient remains and learn about their lineages.

That includes lessons which may not be well represented in public and private school curricula. The lack of flexibility in lessons didn’t mean that Alycia Wright always had the time to fill in important gaps in student’s understanding of history; women’s perspectives, social movements, LGBTQ history, black history, people that “have contributed so much and their stories are left out.”

Online education allows Wright to teach a variety of small-group classes that can focus on these gaps — even in character.

“I get to dress up and pretend to be my favorite person of all time, Harriet Tubman,” Wright says of one of her most popular classes.

For Gordon Chambers, teaching through Outschool is about more than helping Kendall hone her craft. It’s about providing inspiration and support — things that are more important than ever, as the pandemic upends education and social interaction.

“As an instructor, I can always see the light in somebody,” Chambers says. “But if I can help that student find the light in themselves? That moment lasts with them forever.”