The parole system is filling our prisons - with little attention. Now, data engineers, law enforcement and parolees alike are trying to improve the system.
In partnership with

Up Next
Now Playing
Why are extreme beliefs exploding?
7:21 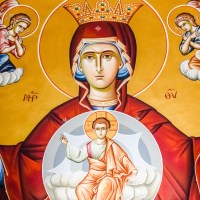 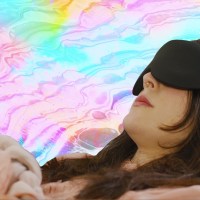 Now Playing
36 million Americans have college credits but no degree. Let’s fix that.
6:02 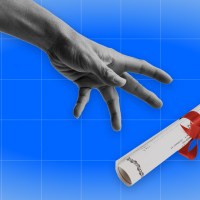 William made a mistake when he was 17 years old. And he spent the next three decades behind bars for it, before being released on parole, under the supervision of the state of California.

He turns his life around, finding a good job, founding a nonprofit, volunteering in his community. But he has found himself back in jail three times already, over minor violations of his parole. One such instance? Performing at a spoken word event at a venue that serves alcohol, something the devout Muslim says he never even considered before he took the mic.

“Parole and probation as it’s designed is a broken system that is a revolving door back into prison.”

There are nearly 4.5 million American adults on probation or parole, 1.7% of the adult population — a shockingly high number that becomes unsurprising when you consider that the United States also has the largest prison population in the world.

Roughly 25% of the world’s prison population are incarcerated in America, and the U.S. incarceration rate even outpaces notoriously authoritarian countries, such as Russia and Cuba.

Those are numbers that Recidiviz, a criminal justice data analysis group, is looking to change.

“In order for the United States to be in line with the international average, we would have to reduce incarceration by almost 75%,” Recidiviz co-founder and executive director Clementine Jacoby told TechBuzz.

This sprawling system generates a lot of data — about demographics, crime, recidivism — data that is currently siloed, compiled slowly, and is often incompatible across institutions.

Drawing on their background in tech, Recidiviz builds tools to make that data usable, providing criminal justice leaders and workers a real-time view of their system, allowing them to better find and address challenges and serve their communities better.

In Idaho, reincarceration rates are driven by probation and parole violations; the state has the highest percentage of people incarcerated because of supervision violations in the country, the Idaho Press reported — 62% of the state prison population in 2018.

New, reform-minded leadership of Idaho’s Department of Corrections (IDOC) are looking to transform the status quo through data-driven experiments.

“We have a couple of different partnerships going with Recidiviz right now, and the one I’m probably most excited about is what they’re doing to build out tools for our line staff. Recidiviz is currently using their technology platform to aggregate data and draw out insights for our parole and probation officers so that they can really use that in their daily work to figure out where they need to spend their time and energy,” says IDOC’s Deputy Director, Bree Derrick.

The Bureau of Justice Statistics — part of the Department of Justice (DOJ) — estimated in a recent study that 4,375,700 people in the U.S. were either on parole or probation in 2019. That works out to about 1 in 59 American adults.

Although both probation and parole involve supervision by the state, they are two different things.

Both of them have conditions, beyond not breaking the law, that the people under supervision must meet to stay out of jail. If they violate these conditions — like William being at a venue that sells alcohol — they could be locked up again.

Exactly how likely someone released from prison or placed on probation is to end up back in jail — committing new crimes, called recidivism, or through technical violations of their conditions of release — is a surprisingly hard question.

Standing in the way of data-driven probation and parole reform is the very thing Recidiviz is working to help make better: the data.

Studying recidivism and readmission requires following people released from prison for years, and, as the DOJ itself points out, the data takes a long time to gather, parse, and publish.

According to the Council of State Government’s 2019 report on supervision violations, 45% of state prison admissions come from people on probation or parole.

“Probation and parole are designed to lower prison populations and help people succeed in the community. New data show they are having the opposite effect.”

About a quarter of new prison admissions come from technical violations, the report found — things like failing a drug test or missing an appointment with a parole officer. The other 20% came from new offenses committed while on probation or parole.

In 13 states, more than a third of the prison population, on average, is there due to supervision violations.

In some states, like Idaho, it can be even higher.

Probation and Parole Reform in the Land of Potatoes

Allison McManus, a parole officer in Idaho, says she doesn’t think there’s a p.o. out there who isn’t stressed.

Which makes sense. According to Recidiviz’s Jacoby, the average parole officer may be supervising as many as 80 people at a time. That’s the size of a medium-sized company, with one manager, who’s responsible for their employees both on and off the clock.

That means a lot of time spent researching a client’s case and less time working with the clients themselves. And a lot of stress, no matter what.

Recidiviz’s job is to provide the tools to make that data accessible and as easy to use as possible, helping people who are already succeeding get out of the system and letting parole officers focus their efforts on people who need more supervision, helping to reduce recidivism and prison reentry.

In Idaho, there are ten conditions that need to be met to get off the community supervision system. But those ten different conditions could be contained in ten different data systems, a warren of data that a parole officer would then need to do an enormous amount of work to parse.

“The Recidiviz team has been helping us create a better tool that allows us to focus more on the client, spend less time researching information on their case” McManus says.

The team listened to, and worked with, the parole officers, building not only a data tool but a relationship.

In California, William, who spent 30 years in prison for attempting to rob an off-duty cop as a teen, is still on parole to this day; he still fears violating the conditions of that parole on a technicality and being sent back inside

“This parole and probation system needs all the help that they can get,” William says.

“This is where we can empty our prison system, help relieve the burden of the police department, and that just helps us as a community move forward, and give this person a chance to be productive and successful.”

Recidiviz is expanding its pilot program to states across the country this year.