These tractor-hacking farmers are fighting for the right to repair their own equipment.
Watch on YouTube
Up Next
Now Playing
Combating conspiracy in the disinformation age
6:41 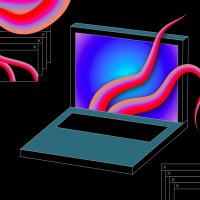 Now Playing
Hacking satellites with $300 worth of TV gear
6:19 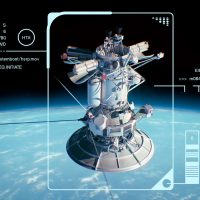 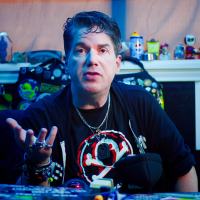 Tractor hacking is a fast-growing trend in the farming community — but it’s not outsiders breaking in. Farmers themselves are hacking their own equipment for reasons that go far beyond agriculture. They’re part of a larger movement against big-name companies that are withholding the right to make equipment repairs.

Why Are Farmers Hacking Their Tractors?

The entire world is going “smart.” The products we use in our everyday lives are becoming increasingly technological, making us more dependent on external systems than ever before. Companies understand this, which is why they seek to ensure that their software remains proprietary — so that all repairs translate to revenue.

While farming is an ancient practice, farmers are hardly immune to technological advancements. In fact, farmers are among the most susceptible groups when it comes to software propriety, as much of the equipment used on farms requires consistent maintenance.

Companies like John Deere have made it impossible for farmers to perform “unauthorized” repairs on their equipment, forcing tractor owners into using the parent company for repairs, which can be more costly.

Farmers view this corporate strategy as an infringement on their sovereignty to make strategic decisions about their hard assets. In some cases, this system can function as a threat to their livelihood, should they encounter an ill-timed tractor breakdown.

That’s why many farmers have turned to tractor hacking, in an attempt to return the right to repair back to the consumer rather than large corporations.

Throughout the American heartland, disgruntled farmers are using firmware sourced from Eastern Europe to break into their own tractors. The firmware is traded on the black market, accessible on paid, invite-only forums.

The online forums that provide the pirated John Deere firmware are difficult to access and usually require a code to join. Once granted permission, farmers are introduced to a wide range of programming for sale, mostly from countries like the Ukraine and Poland.

Diagnostic programs, payload files, and Electronic Data Link (EDL) servers that communicate with tractor controllers are among the firmware being traded on these sites. There are also license key generators, speed-limit modifiers, and reverse-engineered cables that allow farmers to operate their tractor with connection to a computer.

Sounds illegal, right? Strangely enough, it’s not. Land vehicles, including tractors, were exempted in 2015 from the Digital Millennium Copyright Act.

The Librarian of Congress states that modification of computer programs is allowed “when circumvention is a necessary step undertaken by the authorized owner of the vehicle to allow the diagnosis, repair, or lawful modification of a vehicle function.”

While pirating repair firmware may technically be legal, that doesn’t mean it’s safe, reliable, or convenient. That’s why advocates are working hard for farmers to obtain the right to repair their own equipment.

The Right to Repair Movement

The Right to Repair Movement was born out of the idea that companies should be required to make their parts, tools, and information systems available to consumers and independent repair groups. The premise is that if consumers and repair shops have the capability of making repairs without authorization from the manufacturer, the process will be more cost effective.

“We don’t dispose of things on the farm,” Nebraskan farmer Tom Schwarz explains. “We keep them running forever, and it’s important to us as farmers in order to keep our costs down. When we buy something, we need to keep it running a long time to make it pay out.”

That’s why at least 20 states, including Nebraska, have introduced a Right to Repair Act. The hope is that legislation will work to prevent companies from locking out farmers and independent repair shops, thus creating a fairer system.

“In the old days, you needed a wrench, a hammer, and a pry bar,” engineer Kevin Kenney says. “Today, they have invented firmware all over these equipment systems, so you’ll need to have software just to get it started, activated, and calibrated.”

Kenney asserts that due to the insurgence of new technologies, tractor hacking has become the norm, though it shouldn’t be. He believes farmers shouldn’t have to haul their tractor 40 miles to a John Deere repair shop when the local repair man is just a mile away. It costs farmers a lot of money to go through manufacturers, which could have dire consequences.

“All these things have to be looked at not only to protect the farm community and the people out here, but to protect food security,” warns Kenney. “It’s a huge issue. And one that can only (be solved) with legislation.”

And more legislation might well be on the way. Gay Gordon-Byrne, the executive director at The Repair Association, has made it her life’s work to pass legislature such as the Right to Repair Act in Nebraska.

“It’s legal to tinker with your stuff,” Gordon-Byrne says. “But when you get into more complex products, you probably need to get some help from the manufacturer. And that’s where it starts going horribly wrong.”

According to Gordon-Byrne, manufacturers aren’t being honest with their customers. Across the country, farmers are signing agreements they don’t understand and can’t negotiate with. This is the fundamental problem that the legislature is called to solve.

The Right to Repair Act is framed simply, with about two sentences stating that end-user license agreements cannot remove the rights of the owner to repair their equipment. Gordon-Byrne hopes that if just one bill is passed across twenty states, it will set a precedent for the right to repair across all industries, and eventually end the need for tractor hacking altogether.

“Ultimately, if you own something, you should be able to decide what to do with it,” she says. “And that includes how long you want to use it, how much help you need using it, and being able to fix or customize it. Because it’s yours.”