Vertical farming offers better tasting, more sustainable produce. Will it take over farming as we know it?

Watch on YouTube
Up Next
Now Playing
Are ancient city grids still the best way to build?
5:16 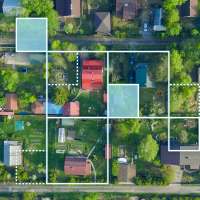 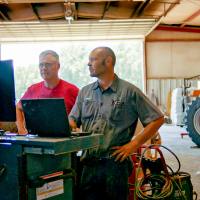 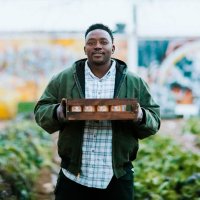 As the global population continues to increase, vertical farming is becoming a more widely recognized and viable solution to our food production problem. Vertical farming is a type of indoor farming where crops are grown in stacked layers, rather than spread out across large plots of land.

These futuristic farms aren’t just going to have an impact on how we survive here on Earth; they could also enable us to create a food source beyond our planet, without a dependence on the outdoor climate or arable land.

Although the task sounds unimaginable, developments in controlled environment agriculture are proving that it is very much possible. Adopting these sustainable farming practices could lead to a monumental shift in how we produce food, both for today and the future of humanity.

Vertical farms offer many benefits over traditional farming practices — an increased crop yield with a smaller land requirement, more control over the resulting flavor and cleanliness of crops, and the prospect of better access to healthy foods in underserved communities, to name a few.

Because these farms are constructed completely indoors using LED lights, their output isn’t subject to the natural elements that typically affect plant production such as adverse weather, insects, and seasons.

They’re better for the environment because they require less energy and put out less pollution, without a need for heavy machinery, pesticides, or fertilizers. Vertical farms often use soil-less farming methods like aquaponics, hydroponics, and aeroponics, which requires just 10% of the amount of water consumed by conventional outdoor farms.

Think of a vertical farm as a plant factory — one that enables farmers to predictably grow anything, anywhere, from strawberries to kale. The idea was first introduced in 1999 by Dickson Despommier, a professor at Columbia University. Despommier and his students came up with designs for a “skyscraper farm” that could feed 50,000 people. Though the structure has yet to be built, they successfully managed to popularize the ideology behind vertical farming systems.

So, why wasn’t the skyscraper farm ever built? The answer sheds light on one of the most prominent vertical farming disadvantages — cost. A single farm can cost a hundred million dollars to construct, and a lack of data surrounding the long-term economic feasibility of vertical farms has caused some investors to shy away.

However, this hasn’t stopped vertical farmers from persisting to disrupt the food production industry. Vertical farming has already been adopted in countries like China, Japan, and other parts of Asia. In fact, the market for vertical farming in that region is expected to increase 24% by 2026. And in the U.S., some vertical farming companies are already selling their produce in stores.

One of those companies is Plenty, headquartered in San Francisco, California. Plenty was founded in 2014 by Matt Barnard and Nate Storey with a simple yet powerful mission to improve the lives of plants, people, and the planet.

The team at Plenty recently began construction on a new farm in the Bay Area that they call Tigris. Tigris will be its largest and most efficient farm yet, capable of growing a million plants at a time.

With Plenty’s vertical farming technology, 700 acres of farmland can be condensed into a structure the size of a big-box store. Plenty’s farms harvest 365 days per year and shrink growth cycles to about 10 days for many of their products.

This results in a yield increase of about 700% as compared to traditional farming, all while saving about a million gallons of water per week and using just one percent of the land that traditional farms use.

The secret to this astronomical efficiency lies in the technology. Plenty’s farms are equipped with air handling units that capture transpired water, allowing them to recirculate 99% of the water back into the system. They also use LED light bulbs and, seeking to be as efficient as possible, the bulbs are designed in a grid format that maximizes the amount of energy absorbed by the plants.

These systems allow farm operators to have more control over their crop yield — all the way down to a plant’s flavor profile. Blue LED lighting, for example, can create a crispier crunch in kale leaves. Additionally, without a need for pesticides, their products are completely organic.

“When you grow things outside, the elements are much more unpredictable,” Shireen Santosham, the head of strategic initiatives for Plenty, explains. “If you grow indoors, you can control a lot of those factors in ways that are accessible to outdoor growers. And the result is that our produce can be hundreds of times cleaner.”

Not only is the produce cleaner, it’s also higher quality. Because Plenty’s products are grown in urban areas and don’t have to be shipped across the country, the brand doesn’t have to prioritize shelf life. Less transportation needs also reduces their carbon footprint.

What could all of this mean for the future? That every place in the world, regardless of climate, could sustainably grow the same nutrient-rich and flavorful crops. And it could someday result in the colonization of other planets, as well.