The secret lab making the most sustainable food in the world
Watch on YouTube
Up Next
Now Playing
The world will electrify. This technology can power our sustainable future.
5:03 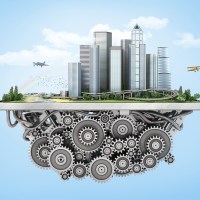 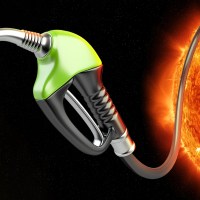 We cannot keep producing food the way we do now.

While we currently produce more than enough food to feed the world — making hunger, maddeningly, a problem of access, not abundance —  that abundance comes at a steep environmental cost.

“One third of the environmental impact of human action is due to what we eat,” says Pasi Vainikka, CEO of Finnish food tech startup Solar Foods. “And about 80% of that is due to animal-based products.”

The hunt is on for new, more sustainable food sources.

While plant-based alternatives to meat are growing in popularity and market share, their production still requires large-scale agricultural processes. And while growing crops has a smaller carbon footprint than raising animals, that does not mean it accounts for nothing.

Even something as seemingly benign as growing rice has a tangible negative environmental impact. Because flooded rice paddies provide the perfect environment for certain kinds of bacteria, they  actually produce 13% of the world’s methane, a greenhouse gas even more potent than CO2.

Solar Foods believes the answer to a more sustainable food source is to not count on better agricultural practices or consuming less animal products — or the entire field of food production at all.

Their mission is as much about the environment as it is food — perhaps even moreso.

To create this new, sustainable food source, Solar Foods has created a novel form of food — a protein made from single-cell organisms they call Solein.

A saffron-colored, tasteless powder that is a complete protein — meaning it has all nine of the amino acids your body only gets from your diet — Solein can be mixed into essentially any food, Vainikka says.

And its main ingredients are electricity, water, and CO2.

The whole process hinges on a special type of microbe that lives on hydrogen, CO2, oxygen, and a few more minerals like nitrogen. (Think of it a lot like how plants live — except they use CO2 and sunlight.) Plucked from nature in Finland, the microbe is one we’ve never eaten before, Solar Foods CTO Juha-Pekka Pitkänen says.

The microbes live in water drawn from the air, which then has electricity shot through it, breaking it into the hydrogen and oxygen the microbes need. Adding in the carbon that they crave and a handful of minerals like iron, potassium, and calcium, the microbes are then grown in a fermenter — kind of like beer.

After the microbes are grown, the water is pulled from the fermenter and dried, leaving powdered Solein behind to be eaten.

Because the process utilizes such little space, no arable land, and water directly from the air, it is the most sustainable food yet created, more so than any traditional form of agriculture.

“The impact of Solein [on the environment] is about 1/10th compared to that of plant based proteins,” Vainikka says, and 1/100th compared to animal production, particularly meat.

From Space to Plate

If all of this sounds like so much science fiction, it gets even better: the technology behind Solein has its roots in space travel.

Researchers at NASA were seeking a way to feed astronauts on long space missions using a minimum of space (the kind there’s not enough of in your closet) and resources. They ended up exploring numerous options, going so far as to publish a report — and then the research just sort of gathered dust.

Harkening back to these roots, Solar Foods is currently working on developing Solein as a sustainable food source for Mars missions, in collaboration with the European Space Agency’s Business Incubation Center Finland.

“The gas atmosphere of Mars is mostly carbon dioxide, so basically the main raw materials are already there,” Vainikka says.

Needing primarily electricity and water, single-cell proteins can potentially be grown in the harshest of Earth environments as well. Places where traditional agriculture is difficult to impossible could produce their own sustainable food; icy islands, perhaps, or deserts, with their abundance of sunlight and wind to be harnessed for electricity. Since the water and carbon are pulled from the air, they can be found everywhere. (We’ve got no shortage of CO2.)

Carbon dioxide, Vainikka points out, is an unlimited resource; it is always and omnipresently available, in the very air we breathe. And it can be harnessed.

“One of the things that we can see happening is the Amazon right now is on fire,” Lisa Dyson, the CEO of Air Protein, told Fast Company in 2019.

“And one of the reasons why it’s on fire is for food production, whether it’s cattle grazing or to grow crops, in some cases to feed that cattle. We need arable land.”

And arable land is a limited resource. So, Air Protein is using carbon to create food from thin air — no grazing land required. In their case, the California-based startup is creating a meat substitute.

Air Protein’s “meat,” in addition to being a complete protein, also has vitamins not usually found in vegan foods, and no antibiotics or hormones. As the company grows, it plans on acquiring its CO2 from direct air capture plants, which suck carbon dioxide right out of the sky.

NovoNutrients has turned to a process similar to Solar Food’s with the intention of supporting aquaculture with sustainable fish feed usingCO2 taken from a cement factory that the company’s CTO and co-founder Brian Sefton grew up near.

All of these efforts amount to a race against time.