The world’s largest direct air capture plant just flipped the “on” switch — and began operations to suck carbon dioxide out of the atmosphere and store it deep underground.

Why it matters: Scientists say we’re at a tipping point, where reducing carbon emissions is no longer enough to keep global temperatures from rising above pre-industrial levels. There is a growing consensus that carbon drawdown technologies are vital to curbing global warming before it gets out of hand.

Powering up this plant marks an important step toward reducing dangerous levels of the greenhouse gas.

“This is the first time we are extracting CO2 from the air commercially and combining it with underground storage,” Jan Wurzbache, co-CEO of Climeworks, the Switzerland start-up behind the project, told the Financial Times. Carbon from direct air capture can be put into use in a number of ways — shipped to a plant for the production of fuels or for fizzy drinks and in greenhouses. But these uses mean the gas could make its way into the atmosphere again — storing it underground prevents that.

“This is the first time we are extracting CO2 from the air commercially and combining it with underground storage.”

This new facility is called Orca, and it’s designed to capture 4,000 tons of CO2 from the air yearly, with big plans to scale up by 2030. While 4,000 tons is a lot of CO2 to capture, it pales in comparison to the 33 billion tons predicted to be emitted globally this year.

This plant will act as a blueprint to build more — and larger — facilities around the world in the next several years, according to the company.

How it works: The process begins when carbon dioxide is sucked from the air and captured in sponge-like filters. The filters are scorched with heat, which releases the gas. It is then combined with water and pushed into basalt caves far into the earth, reports the Washington Post.

But then it needs to be stored in the rocks. And that’s why they partnered with Carbfix —  a start-up that specializes in storing CO2 underground.

Once deep in the earth, CarbFix’s technology goes to work. It accelerates the natural reactions that occur between the gas and underground rocks, which typically take millennia to complete — cooling and transforming the carbon dioxide into a solid form for long-term storage.

The challenges: But this doesn’t come cheap. Currently, it costs about $600 to $800 per metric ton of carbon dioxide. According to the Washington Post, in order to compete in the carbon market, the cost would need to be near $100 to $150, even with the help of government subsidies.

CarbFix’s technology accelerates the natural reactions that occur between the gas and underground rocks — transforming the carbon dioxide into a solid form for long-term storage.

Ryan Hanna, a scientist at the University of California, San Diego’s Center for Energy Research, told E&E News he wonders if direct air capture technology “is going to be the most cost-effective way to remove CO2 from the atmosphere in the long run.”

One solution of many: While direct air capture is one cog in the drawdown machine, it isn’t the only one. Genetically modified trees, offshore kelp farms, a unique green sand beach, and even floating direct air capture technology in balloons, are all emerging technologies on the carbon market to reduce greenhouse gasses.

Direct air capture does have several advantages over these other methods, however: it has a small land and water footprint, and the facility can be located near something that will use or store the CO2, doing away with the need to deliver CO2 long distance.

The growing carbon market demonstrates that there are many possible solutions, and no single one is coming out on top. We will have to make the best use of many solutions to get to the point in the future where levels of greenhouse gases stop climbing, and we might finally be able to breathe a sigh of relief. 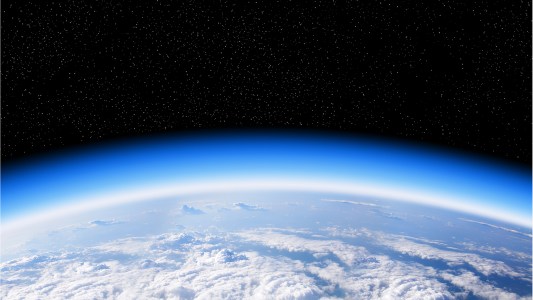 A new study shows that banning CFCs in the 80s also protected the depleting ozone layer and reduced the rate of global warming.