A new kind of haptic wearable: GPS for the blind

Creating the world’s first haptic GPS for the blind has been no small feat, but this Brooklyn-based startup is tackling the challenge head on.
Watch on YouTube
In partnership with

Up Next
Now Playing
He built an app to send postcards to prison
6:14 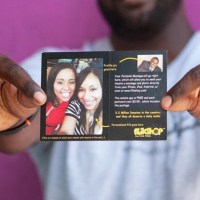 Now Playing
This startup is bringing same-day shipping to everyone in the world
06:25 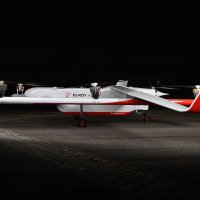 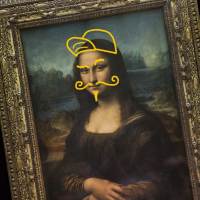 A new kind of wristband is about to enter the wearable tech scene — the first haptic GPS for the blind, which guides its wearers to their destination via vibrations. This assistive device will allow the visually impaired to become more independent than ever before.

An early prototype of the Wayband first appeared at the 2017 New York Marathon, where Simon Wheatcroft put the product to the test and became the first blind runner to run a portion of the course without assistance.

Bringing the haptic device to market has been no small feat, but the Brooklyn-based startup behind the band, WearWorks, is tackling the challenge head on.

A Haptic GPS for the Blind

Until recent advances, the blind and visually impaired have had limited options when it comes to traveling independently. Many use tools such as canes or guide dogs for assistance. Some call upon professional instructors for mobility training, which can help them gain confidence doing everyday tasks like crossing busy intersections on their commute to work.

But these traditional means of assistance have their limitations. For instance, canes can be helpful for detecting uneven cracks in the sidewalk, but they can’t help a blind person find their way somewhere new for the first time.

This is what makes a wearable GPS for the blind such a game-changer. The Wayband has the potential to empower the visually impaired to live a life less constrained by their disability. With real-time feedback on their surroundings, they can more easily explore new areas of their city and break up routines.

How does it work? Within the Wayband, a magnetometer and compass sensors work together to provide feedback as to the wearer’s position and direction, (they measure the earth’s magnetic forces and calculate ultralow frequency signals stemming from the North and South Poles).

Pair that with GPS technology and location data from OpenStreetMap, and you have a responsive navigation device. It all comes together with the use of haptic technology, though.

Haptics can be implemented in a variety of ways, but vibration is by far the most common. You may have heard of haptic feedback being utilized to give the deaf access to live music. It’s also being incorporated in new VR systems, to allow users to feel like they’re actually touching objects in the virtual world.

For WearWorks, haptics became a unique way to level-up assistive technology for the visually impaired. It’s now a crucial component in their wearable navigation device, which communicates to users through subtle vibrating sensations. Eliminating the need for audio means that even in crowded city centers, the visually impaired have the freedom to find their way around with ease.

When someone wearing the Wayband is going the right way, they won’t feel any sensations. However, if they start to veer off course, a small vibration helps them get back on track. The greater the misstep, the stronger the vibration. This creates a “virtual corridor” that helps the wearer stay aligned with their path.

The Making of the Wayband

The idea for a haptic GPS for the blind was born in 2015 after founders Keith Kirkland and Kevin Yoo were inspired by the experiences of their blind friend — Marcus Engle, who now serves as an advisor for the business. But obtaining a steady stream of funding quickly proved to be a hurdle.

“The road has been ridiculously challenging,” recalls Kirkland. “But I think from my point of view, the road of life is always challenging. That’s the entrepreneurial journey.”

In 2017, the company caught it’s first big break by landing a $250,000 grant from the National Science Foundation. Kirkland and Yoo used the money to hire a team and develop an initial prototype.

But after the grant ran out, the company endured an 18-month funding drought which forced the founders to find side jobs just to make ends meet. For Kirkland and Yoo, the challenges seemed so insurmountable, they wondered if it was time to quit.

“No money. No security. No healthcare. Nothing,” Yoo explains. “We were a lot more stressed out, a lot more angry at each other. And we were scared, as well.” But they decided to stick with it.

“At the end of the day, we have a really great opportunity,” says Kirkland. “It’s about giving people freedom, autonomy, and independence. And one of the things that I’ve learned personally in life is, the best way to get the thing that you want is to give it to others.”

The duo started building relationships with organizations for the visually impaired and collaborated with others in the haptics world to discover new possibilities. And eventually, they won over a significant investor, which brought an entire network of potential investors along with them.

That helped the company raise half a million dollars — about half of the money needed to cover their first 5,000 units — all in the midst of a global pandemic. While the change in fortune is certainly good news for WearWorks, it’s even more monumental for the blind community which will now have access to this life-changing technology. The Wayband can be pre-ordered today at a discounted price for $179.

“This could take me to the park by myself,” said Erskine Melville, while trying out WearWorks’ haptic GPS for the blind. “It gives me the freedom to be free.”