These seniors are leaving loneliness behind to get lost in virtual reality.
Watch on YouTube
Up Next
Now Playing
Conquering fear with virtual reality exposure therapy
3:03

Now Playing
AR in use: NASA's Dragonfly mission to Titan
3:46 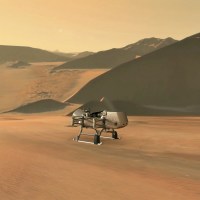 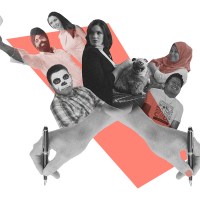 Depression in the elderly is a growing problem. In the United States, about six million people over the age of 65 experience late life depression and about one-third of seniors feel lonely.

Viva Vita, founded by Carleigh Berryman, is taking a novel approach to addressing both loneliness and depression in the elderly population. The organization provides virtual reality experiences for seniors to help them break through personal limitations, connect socially, and find enjoyment exploring new settings.

Depression in the Elderly – A Disease, Regardless of Age

About 13% of seniors who require home healthcare suffer from depression, but it’s not a normal part of aging. The senior population is considered to be at high-risk for depression for two primary reasons.

First, individuals with other health problems are at increased risk of developing depression. About 80% of older adults have one chronic health condition, and at least 50% suffer from two or more.

The second reason seniors are at an increased risk is that depression in the elderly is often misdiagnosed and undertreated. Symptoms of depression tend to be mistaken for symptoms of other illnesses or a natural reaction to life changes.

The elderly are also less likely to report feeling sad, experiencing other symptoms of depression more strongly, such as anhedonia (the inability to feel pleasure) and somatic symptoms like pain, fatigue, or insomnia. As a result, both patients and their doctors overlook depression.

Individuals with late life depression are more likely to reduce their physical activity and neglect themselves. Unrecognized and untreated, depression can have fatal consequences. It’s the primary risk factor for suicide in the U.S. elderly population.

Loneliness is also a legitimate health concern. Feeling lonely has been connected to a higher risk of developing health problems such as heart disease and high blood pressure, obesity and diabetes, a weakened immune system, and even Alzheimer’s.

Many concerned adult children and grandchildren wonder how to help an elderly person with depression. If you’ve noticed symptoms of depression in one of the seniors in your life, there are steps you can take to help.

Try to get them to speak with a doctor about their symptoms and feelings. Treating depression in the elderly is done best by a medical professional. Additionally, take the time to visit them regularly, in any way you can.

Talk in-person or over the phone to make sure your loved one experiences companionship. Never ignore threats or comments about suicide. These should be reported to a doctor right away.

How VR for Seniors Is Treating Depression

Traditional treatments for depression include options like medications, counseling, and lifestyle adjustments. But Viva Vita has taken a fresh approach to addressing both depression and loneliness in seniors.

“Once we put on the headset, you can tell that they’ve never seen anything like it before. Their mind is completely blown,” says Carleigh Berryman, founder of Viva Vita.

Her organization aims to improve mental health and quality of life by bringing the world-expanding technology of virtual reality to seniors, who either reside in an assisted living community or in their own homes. Viva Vita’s virtual reality services can take their clients back to a place they know and love, or somewhere they’ve never been.

“We’ve been to Paris. We took a tour of London. We went to my hometown in Guyana. I swam with the fish, flew with the birds, and entered paintings,” said one resident of an assisted living community, which Viva Vita visits regularly. “It’s a great experience for people who are trapped in their bodies,” said another.

At first glance, virtual reality for seniors might seem like a gimmick, but early studies of VR for depression, chronic pain, and other ailments are actually quite promising. It has been shown to help boost feelings of positivity and enjoyment in patients suffering from anhedonia.

It also appears to have the power to reduce perceived feelings of pain, providing relief for those suffering from chronic conditions, which could also contribute to depression.

In Viva Vita’s future, Berryman hopes to implement systems for measuring, recording, and tracking qualitative data. She hopes participants will eventually be able to track and monitor their progress with respect to mood, energy levels, and feelings of positivity, throughout repeat sessions.

So far, Viva Vita has served over 300 seniors. The organization’s services are still limited to the Virginia, Washington D.C., and Maryland areas. As virtual reality technology improves, it will bolster our ability to treat loneliness and depression in seniors, improving their quality of life in the golden years.