Many European cities are bike-friendly, but cars often still dominate the roads. In a new initiative to update its existing Plan Velo for a more cycle-friendly city, Paris, France is investing 250 million euros ($290 million) to make the city entirely bikeable.

That means if you want to bike from the Arc de Triomphe to the Viaduc des Arts, you’d be able to do so safely.

The updates, called Plan Velo: Act 2, are slated to make Paris completely cyclable by 2026. The proposal stems from mayor Anne Hidalgo, who widely won re-election in June 2020, in part thanks to a focus on more measures for biking.

Paris hasn’t always been known to be particularly easy to navigate for people on bikes compared to those who choose to drive in cars or who take the metro. But with the pandemic and a recent transportation strike in 2019, more people have turned to biking to make their way around the city. During the pandemic alone, more than 50 kilometers (31 miles) of what were temporary bike-only lanes, called coronapistes, have now been made permanent.

Under Plan Velo: Act 2, which spans from 2021 to 2026, Hidalgo aims to add another 130 kilometers (over 80 miles) of bike-safe pathways, in addition to the coronapistes, throughout the city. The plan will also add more cycling facilities, transform some car parking spots into bike parking and boost maintenance measures, like snow removal and cleaning, for cycle paths.

The city is already underway in removing more than 70% of existing on-street parking spots designated for motorcars. Plan Velo: Act 2 also outlines measures to teach children to ride bikes in schools, add repair workshops in each district of the city, and encourage cycling tourism.

The first plan, Plan Velo, spanned 2015 to 2020 and added the REVe, an express cycling network on the north-south and east-west axes and along The Seine. Now, the city hopes to take its biking initiatives further as more and more people turn to cycling to get around Paris.

As such, Paris is responding by adding a total of over 180 kilometers (112 miles) of dedicated two-way cycling paths and making safer cycling pathways against car traffic on 390 kilometers (242 miles) of one-way streets. The city also plans to configure traffic lights to benefit commuters who choose to bike or take public transit instead of driving.

“Until now, automobile traffic has been favored through the regulation of traffic lights,” the new plan reads. “From now on, priority is given to buses, trams and bicycles thanks to a ‘green wave’ system (specific setting of traffic lights).”

These measures will only help the city’s goal to become one of the top bike-friendly locations in the world. With continued success, Plan Velo: Act 2 may even encourage other metropolitans around the world to follow suit. 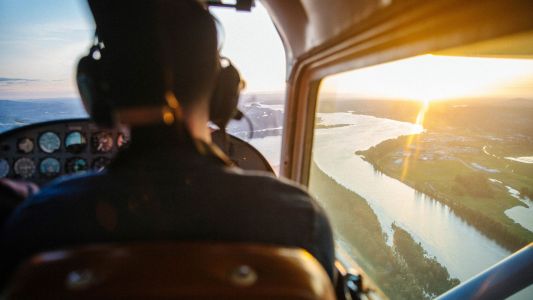