Not Impossible Labs is using modern technology to solve the issue of food insecurity in America with an easy to use, text-message-based platform.

Watch on YouTube
Up Next
Now Playing
How to get a job when you’re living in poverty
4:49 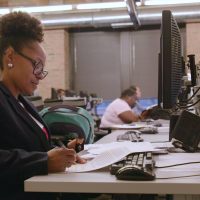 Now Playing
From homeless to homeowner with a $6K fixer-upper
6:18 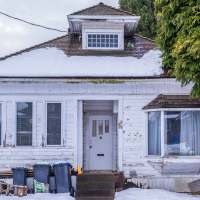 Far too many people are experiencing food insecurity in America. In 2018, 14.3 million households across the U.S. were food insecure at some point throughout the year.

What is food insecurity? The term refers to limited access to food, whether that’s due to affordability or a lack of other resources, such as transportation. It also applies to those forced into an unhealthy diet because of inaccessible or unaffordable healthy options.

Now, a group of out-of-the-box thinkers known as Not Impossible Labs is using modern technology to solve the issue of hunger in America by eliminating waste, removing stigmas, and increasing accessibility.

In the U.S., food insecurity is heavily influenced by income as well as race. A report of food insecurity statistics shows that black households were nearly two times more likely to be food insecure than the national average in 2016.

Where an individual or family lives, as well as their access to public transportation, also play roles in the type of food that is accessible to them. Those in very low-income neighborhoods often have limited access to full-service supermarkets and are more likely to do their shopping at convenience stores, where healthy food options are limited.

Food insecurity in America affects millions, despite the fact that the country is nowhere near a food shortage. Adam Dole, the managing director of Hunger: Not Impossible puts it plainly: “This is a preventable problem in the United States, so it’s our unique responsibility to dogpile on this problem and figure out a solution to address it.”

For those who don’t know where their next meal will come from, this simple platform allows them to access food in a discrete way. The platform is entirely text-message-based and simply requires that a person in need text the word “Hungry” – no app is needed.

That person is then provided a list of nearby restaurants and meals to choose from. They can then place an order and pick up their food, all for free. Mercedes Chucho, a mother and college student who uses the platform when low on food, says the options are often within walking distance for her. “This program gave me hope,” she says.

The choices the platform provides its users, along with its discretion, are injecting compassion and humanity into this charitable, but sometimes, demeaning process. Users get to choose a meal from familiar restaurants in their neighborhood and pick it up alongside other carry-out orders.

Dole says, “There’s a lot of technology that’s involved to make it seem really simple. That’s the goal, because we don’t want people to have to download a mobile app. We want people to just interact with their phones the way that they already do, but use it in a way that addresses a major need for them.”

This unique model has drawn the attention and support of several national restaurant chains, organizations, and celebrities. Subway, Panera Bread, Chipotle, and Panda Express are among the group of franchises joining the project to provide free meals.

In today’s world, Hunger: Not Impossible has become more pertinent than ever. Recognizing this, the team has expedited their expansion across the country, with programs operating in Los Angeles, Boston, Oakland, Las Vegas, Santa Monica, and Seattle. Plans are underway to make Portland their next pilot city and they’re currently taking recommendations for future locations.

“People who don’t know where their next meal is coming from,” says Dole, “are now able to have a consistent meal that’s not just convenient but also nutritious.” To date, Hunger: Not Impossible has served over 8,000 meals and is on-track to provide 1,500 meals per week across its operating cities.

As their vision to end food insecurity in America becomes a reality, those numbers will continue to climb, as well as their societal impact. Not Impossible Labs, through their Hunger: Not Impossible project, is once again making the seemingly impossible possible by taking hunger off the table and putting good food on it.