“I want to build the kind of network I wish I had when I first started,” he told Business Insider.

The challenge: A criminal record can be a major barrier to employment — felons are automatically disqualified from certain jobs, and some employers are reluctant to hire people who’ve been to prison.

Prisoners and former prisoners also have less access to educational opportunities that could help them land jobs, and as a result, the unemployment rate among formerly incarcerated people is far higher than the general population.

Why it matters: More than 600,000 Americans are released from prison every year, so this is a problem that affects a huge swathe of the population. It’s also one that has implications beyond those directly involved.

“There is a public safety angle if people can’t find jobs when released from prison,” Ames Grawert, senior counsel at the Brennan Center for Justice, told USA Today.

“It’s more likely they’ll return to crime which no one wants,” he continued. “And there’s research that homelessness is more likely and deep poverty.”

Learning behind bars: Wolter was at risk of being one of those unemployed former prisoners. When he was a teen, he was sent to prison for murder — at the time, he was still in high school, and his only work experience was at Burger King.

While in prison, Wolter started teaching himself how to code using any tutorials and books he could get his hands on. Soon, he was teaching his fellow inmates, and when he was released in 2016, he enrolled in night classes to pursue an associates degree in programming.

“No one’s going to hire me that’s aware of my felony without talking to me.”

But even after developing the skills he needed to work in tech, he still had difficulty finding a job.

“I started getting the idea that, ‘Okay, how about if I apply as an intern and I just try to get my foot in the door?’” he told the CodeNewbie podcast. “None of it worked. Most of the time, I wouldn’t even hear back, especially when they found out [about] my felonies.”

It wasn’t until Wolter realized the importance of networking that he was able to land his first tech job three years after leaving prison.

“[I was] going to have to know somebody,” he said. “No one’s going to hire me that’s aware of my felony without talking to me or without sitting down and getting some kind of interaction….”

Underdog Devs: In late-2020, Wolter launched a nonprofit program called Underdog Devs. Its purpose is to help former prisoners and people from disadvantaged backgrounds find jobs as developers by connecting them to mentors who can help with both skill-building and networking.

“[A]t Underdog Devs, we try to keep a lot of interaction, because it’s not only that they’re getting skills, but they are talking to someone who’s a professional in the industry,” Wolter told Business Insider.

“That’s what I did when I first started out,” he continued. “I didn’t have anyone, but I just went to meet ups, reaching out to people online and directly messaging them, just being around to an obnoxious degree.”

Helping former prisoners: Less than a year after launching, Underdog Devs has 300 members, including developers from Apple, Instagram, and other major companies.

So far, it has helped 16 mentees land job offers in tech, and Wolter is hopeful that the program will be able to help many more — the June launch of a stipend program that uses donations to support mentees so they can focus on developing full-time could help it expand.

“It’s so exciting to see people like myself who never had that kind of money and watch them do well,” Wolter said. “And this isn’t like a lateral career transition — you see entire lives be changed just by how programming gets leveraged.” 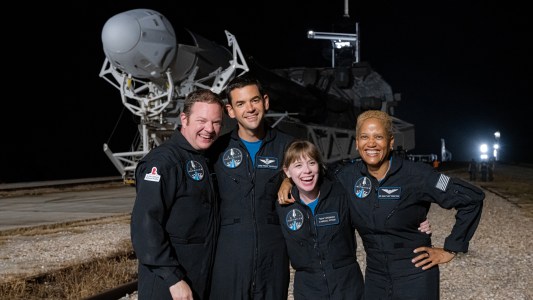 When Inspiration4 launches on September 15, it’ll mark a new era in space tourism as the first all-civilian mission to space.