Recently released footage of a white police officer in Minnesota killing George Floyd — an unarmed black man — by kneeling on his neck has spurred nationwide protests against police brutality.

In some cities, the way police responded to the protestors — with rubber bullets, riot gear, and tear gas — seemed only to demonstrate the need for the George Floyd protests in the first place.

But not every interaction between police and protestors turned violent — there were plenty of places where unity and compassion were on display, and where rioters could not take advantage of the chaos.

These are some of the places — at least, relatively and so far — where violence on the streets was the exception, not the rule.

On May 30, several hundred protestors in Michigan marched to the Flint Township police station where they found law enforcement decked out in riot gear. The county’s sheriff, Chris Swanson, then addressed the crowd.

“We want to be with you all, for real,” he said. “I took my helmet off; they laid their batons down. I want to make this a parade, not a protest. I’m just telling you, these cops love you…you tell us what you need to do.”

The crowd then began chanting, “Walk with us,” so that’s what the officers did. The next morning, the department released a statement.

“The protest remained peaceful for the entire duration,” it read. “The Flint Township Police Department respects the community’s freedom of speech and their desire to demonstrate peacefully. No arrests were made during this event.”

In 2013, the responsibility of policing Camden was stripped from the notoriously corrupt city-run department and given to the county. With that structural change came a philosophical one focused on “community policing.”

Since then, not only has Camden’s crime rate plummeted, but the relationship between its police and residents has dramatically improved — a development that helped make it the site of one of the most peaceful George Floyd protests.

“I know that all cops aren’t bad, so once I heard that they wanted to get involved, I was like, ‘Sure, let’s go for it, we can stand in solidarity,'” Yolanda Deaver, organizer of the local demonstration, told ABC News.

Camden County Police Chief Joe Wysocki was just one of several city officials to walk alongside the protestors during the May 30 march, which was followed by a police-hosted barbecue for residents.

“There’s no alternative,” Wysocki told ABC News. “We can’t impose our will on a community. It’s the community and the police together, and that’s what we’re doing in Camden.”

Baltimore could have easily been the site of some of the most violent George Floyd protests — just five years ago, it was home to two weeks of protests and riots following the death of Freddie Gray, a 25-year-old black man, in the back of a police van.

Despite that history, though, the city’s four days of protests have been largely — though not entirely — peaceful.

Police did arrest some people during the protests, yet proportionately far less than many other cities — the population of Philadelphia, for example, is just 2.5 times that of Baltimore, yet police there made 14 times as many arrests during protests on May 30.

In fact, the police and protestors often seemed aligned in their mission to keep the peace — when a man shot fireworks at police, other protestors chased him down and turned him over to the officers.

“Thousands of young people and community leaders expressed their frustrations peacefully, while working with police to stand up to a handful of extremists with a violent agenda,” Maryland governor Larry Hogan tweeted on June 2. “This is how real, positive change happens.” 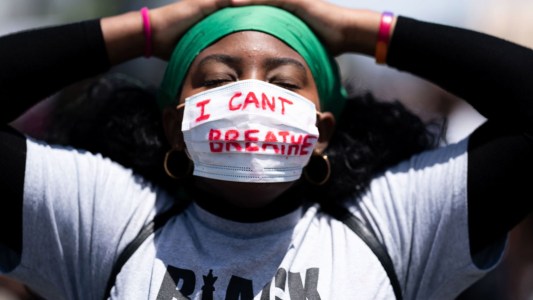 Articles, thought leaders, and organizations worth paying attention to following the murder of George Floyd by police in Minnesota.