Virginia will join Texas in observing June 19th — “Juneteenth” — as a state holiday, Virginia Governor Ralph Northam announced this week. This date is widely recognized as the day that marked the end of slavery in America.

“Some might say change in a state holiday is merely a symbolic action. But symbols do matter,” Northam said at a news conference.

“Symbols show what we value,” he continued. “This symbol, this holiday, is one step toward reconciliation.”

At the start of June 1865 — two years after President Abraham Lincoln issued the Emancipation Proclamation and two months after the Union won the Civil War — slaves in Texas were still, well, being treated as slaves.

That changed on June 19 when Union soldiers finally reached the city of Galveston and announced the slaves’ liberation. One year later, the event was commemorated with a celebration dubbed “Juneteenth,” a portmanteau of “June” and “nineteenth.”

Since then, Juneteenth has evolved from being a holiday celebrated primarily by African-Americans in Texas to one celebrated by people all across the country.

Juneteenth started to gain official government recognition in 1979, when Texas declared it an official state holiday. In the decades that followed, dozens of states officially recognized Juneteenth as a day of observance but not as a state holiday.

This week, New York Governor Andrew Cuomo also announced that his state will be joining Texas and Virginia in making it a state holiday. North Dakota, meanwhile, announced that it will officially recognize Juneteenth as day of observance, meaning all but two states — Hawaii and South Dakota — now honor the date in some way.

And it’s not just state governments that are honoring this date — a number of companies and organizations, including the NFL, Nike, and Target, have announced plans to recognize Juneteenth as a holiday for their employees.

Now, the unofficial American holiday — also known as Emancipation Day and Black Independence Day — may be closer than ever to becoming a national holiday.

On the federal level, activists have been calling on the U.S. government to establish June 19 as a national holiday since the 1960s.

This year, with the death of George Floyd and subsequent police brutality protests drawing increased attention to issues of race in the U.S., those calls to recognize Juneteenth are getting louder.

We need to be unified. Juneteenth is a unifier.

“We need to get together. We need to be unified,” Opal Lee, the 93-year-old creator of a petition to make June 19 a national holiday, told TIME. “Juneteenth is a unifier. Things haven’t advanced as fast as they should. We’ve come a long way, but we’ve got a long way to go.”

Fixing Justice
The CEO of Axon on building safer weapons 05:50
After a tragic loss, Rick Smith wanted to find a way to help end gun violence, and in 1993 he brought the TASER device to the market. 30 years later, he believes they’re closer than ever to “making the bullet obsolete…”
In partnership with Axon
Up Next 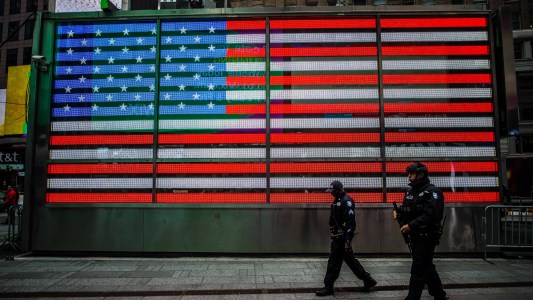