There are roughly half a million children in foster care in the United States. According to a 2016 study from the Department of Health and Human Services, the median length of time kids stay in the system is a little over one year. But a stay in foster care doesn’t always mean staying in the same place — according to a study conducted between 2005 and 2009, on average a child in foster care will move about 3 times.

And that’s just the average.

The Denver Post identified one child in Colorado’s foster care system that had been moved a whopping 46 times during his eleven years in foster care.

And the numbers are only going up. For the past several years, the number of kids in foster care has risen, due in part to the opioid crisis. While there is some evidence that suggests that rise is, fortunately, beginning to level off, that still leaves a large population in an overcrowded system.

It’s a challenging problem and one that doesn’t have any easy solutions. Many states are experimenting with new initiatives designed to entice more parents to enlist as foster parents, while state officials in Colorado are using an algorithm to identify the toughest cases and provide them with more resources to find permanent homes.

But as foster care advocates consider different solutions to this crisis, some have begun to ask — what if we equipped the people already willing to foster with more resources? Could those parents take on more kids? That idea has animated a new movement around building communities for foster families.

Oklahoma’s Peppers Ranch is one of those communities. It became the state’s first foster care community in 2009. Sitting on more than 200 acres in rural Oklahoma, Peppers Ranch provides housing for foster care families and a bevy of wraparound services from art and music therapy, to academic tutoring, and even an equestrian program. Each family fosters a minimum of five children in addition to any other biological children they may have. By creating a supportive environment and centralizing essential services in one place, the idea goes, more foster families can take on more kids.

“Parents know the support that they have here,” explains Peppers Ranch Executive Director (and foster mom) Tonya Ratcliff. “They know that their neighbor next door is able to assist them with anything that they need.”

“Can you imagine getting nine different children to nine different services all in one day? It doesn’t happen, but at Peppers Ranch, it can happen for the simple fact that those services are provided on site. There’s everything here from academic tutoring, a school of ballet, on-site sports fields, mental health, pet therapy, drama therapy. There are so many different things that help children heal which obviously allows parents to be more, you know, proactive in assisting them in other ways.”

Scott Blankenship is one of those kids who called Peppers Ranch home. He came to Peppers Ranch a month shy of his 18th birthday. His foster family had a profound impact on his life, teaching him how to drive, helping him get a GED, a job, and eventually adopting him.

“It was one of the happiest days of my life when I got adopted,” Scott explained. “One of the greatest things to see at the ranch are these kids that … feel undervalued. And they’re at this stage in their life where they feel lost. And at the Ranch, they get to find themselves. And so, they may have been lost, but now they’re found, and they find that here at the Ranch. Peppers Ranch gives them a second chance at life and gives them another opportunity to find a family that loves and cares for them.”

At the end of last year, the organization bought another 400 acres to build a second community which it hopes can help support another 40 foster homes.

There are other unique programs popping up across the country. Some programs, like Joy Meadows in Kansas, are specifically inspired by the success of Peppers Ranch and are building on that model. Others have their own unique approach that are designed with the needs and resources of their local community in mind — programs like Oasis of Hope in North Carolina which is designed specifically for foster families with chronic medical needs or Hope Meadows in Illinois which helps place foster families in neighborhoods with retirees who can serve as surrogate grandparents and provide additional support for busy families.

Foster care communities are clearly a promising part of how we better support children in foster care, but they are not a silver bullet. Like any large system, reforms and innovations are needed across the board. But they can be an important part of the solution. And it’s worth getting this right because when fostering works it can have a profound impact on the direction of a child’s life.

“The impact it has on a child when they have foster parents or a foster family that loves and cares for them,” Scott explains, “it goes from being, you know, just basic survival to (realizing) you can go out there and become something greater than what the world’s told you that you could be and just having that love and support behind you makes all the difference.” 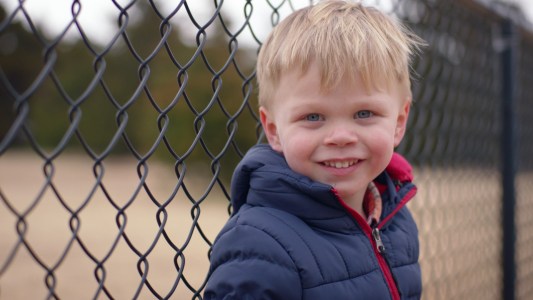 Take a look inside a town built for foster families

Series | Catalysts
Could this be the future of foster care?5:32
Subscribe to Freethink for more great stories
Subscription Center
Challenges
Video
Freethink
Subscribe
We focus on solutions: the smartest people, the biggest ideas, and the most ground breaking technology shaping our future.
Subscribe