Across the world, at more than 120 safe injection sites, people use illegal drugs under medical supervision.

Opponents of the facilities argue that they encourage drug use, but the intended purpose of the sites is to prevent overdoses and help users who want to quit get into treatment.

If staff members suspect a person is overdosing, they can immediately administer oxygen or Narcan.

In February, a federal judge gave Safehouse, a Philadelphia nonprofit, the go-ahead to open the United States’s first safe injection site — but community pushback has left the facility in limbo.

People bring their drugs to the facility and then take them in a dedicated “consumption” area. In the case of a safe injection facility in Vancouver, this area looks like a row of doorless stalls, each housing a counter, a chair, and a container for used medical equipment.

After they take the drugs, the visitor moves on to a more open observation area. At the Vancouver site, this area is called the “chill-out lounge,” and it features couches, tables, and vending machines.

Medical staff watch over the entire process, and if they suspect a person is overdosing, they can immediately administer oxygen or Narcan.

Safe injection sites don’t just provide a space for people to use drugs. Many also offer sterile equipment, such as syringes, to prevent the spread of disease, as well as strips that visitors can use to test their drugs for fentanyl, a synthetic opioid closely linked to overdoses.

Staff at the facilities are trained to help visitors overcome drug addiction, such as by providing them with information on treatment options. They can also refer visitors to people who can help them find housing or pursue educational opportunities.

Past research has shown that safe injections sites benefit communities as well, reducing local street crime and the presence of discarded drug paraphernalia — a finding corroborated by the experience of Albert Fok, who owns a business near the Vancouver safe injection site.

“There is clearly a reduction of people shooting up in the back alleys. That’s not to say there isn’t any now, there will always be a few, but the number has dropped substantially,” he told WHYY in 2018. “We don’t see as many discarded syringes as they used to be. This is a welcoming sight.”

Despite the evidence showing that other countries are benefiting from safe injection sites, the facilities have remained highly controversial in the U.S., which has stymied previous efforts to open any of the sites stateside.

Safehouse has been trying to open a Philadelphia site for more than a year, drawing opposition from the U.S. Department of Justice, which argued that the facility would violate the “crackhouse statute,” a federal drug law that prohibits anyone from owning or operating a site that facilitates drug use.

“You can not have drug addicts right next to children.”

U.S. District Judge Gerald McHugh ruled against the DOJ’s argument in October 2019, and on February 25, he issued a legal memorandum stating that Safehouse’s facility would not violate any federal drug laws.

“We are grateful that the court has once again found that saving lives is not a crime,” Safehouse board member Ronda Goldfein said in response to that memo. “We see a great need in South Philly and plan to open there next week.”

Philadelphia Mayor Jim Kenney expressed his support for Safehouse, but some citizens quickly pushed back against the nonprofit, arguing that its intended location for the site — South Philadelphia’s Constitution Health Plaza — was inappropriate.

“You can not have drug addicts right next to children,” resident Jody Della Barba told NBC Philadelphia. “There are five daycares in that area.”

In response to the backlash, Constitution Health Plaza officials announced they were canceling Safehouse’s lease. The nonprofit is now looking for a new home for its safe injection site and plans to discuss options during a community meeting on March 10.

If Safehouse is able to find a home for the site, its opening could have a domino effect across the U.S., according to Leo Beletsky, a professor of law and health sciences at Northeastern University.

“I think this will have broad ramifications,” he told NPR. “There are places around the country including Seattle, Boston, Denver, New York, where people have been closely watching these developments.”

“One of the key arguments against advocates is that the law is not settled, and that the legal implications are unclear,” he continued. “Well, that argument just suffered a setback.” 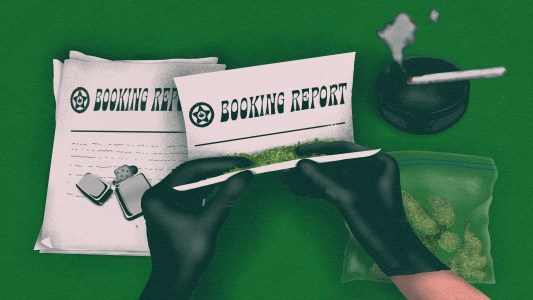 With this new system that identifies candidates for criminal record clearance and even auto-fills forms, offenders don’t even need to apply.