The apprenticeship that pays for your college degree

Can apprenticeships help with workforce shortages?
Watch on YouTube
In partnership with Lumina
Up Next
Now Playing
The scientists decoding the ancient mystery of fire
Watch 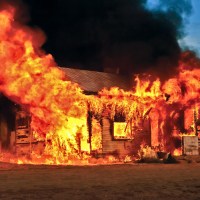 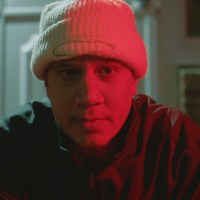 Now Playing
She sold an NFT for over $500k. Here’s how.
Watch 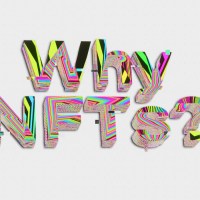 Emily Katzin knew what she wanted to do with her life from a young age.

“In second grade, I had a lot going on at home,” Katzin says. Her teacher came up to her one day, offering a hug and the reassurance that everything was going to be ok.

But Katzin became pregnant in high school, giving birth to her son right before graduation, postponing her college education and career. And the cost of starting that teaching career became too onerous to practically take on.

“I have a six year old,” Katzin says. “I don’t have all kinds of money just to put out for me to go to school.”

But a program in Pennsylvania may provide the blueprint for a better way forward.

By pairing college credits with on-the-clock apprenticeship, students can earn their education degree at a fraction of the cost of a traditional college.

“I don’t know if I would be able to go to school if I didn’t have funds like this to help me get through it,” Katzin says.

Earn as You Learn

Katzin is part of a Philadelphia-based program called the District 1199C Training & Upgrading Fund. According to their website, the Training Fund’s original mission was to help people get onto career pathways in the health and human services sector, as well as bolster the abilities of the local area’s healthcare industry, a nod to the fund’s roots.

The Training Fund was created by District 1199C of the National Union of Hospital & Health Care Employees, who established it in 1974 via collective bargaining with Philadelphia hospitals.

But now, the Training Fund provides other courses and certifications as well, including early child education degree programs like the one Katzin is in.

“Many workers have children and families that they’re taking care of, and to be able to go the traditional way without support, it just won’t happen,” says Teresa Collins, the Training Fund’s executive director. “We knew that we needed to create a pathway that was defined.”

That pathway can include an apprenticeship program, like the one that Katzin is enrolled in, which offers benefits: academic advising and tutoring, 18 college credits that can be earned on the job, and an accelerated path to an associate’s degree in early childhood education.

Apprentices complete 4,000 hours of on-site learning under the guidance of a mentor, earning while they are learning. $500 needs to be invested from the apprentice and their employer — a price tag far, far lower than it would be for equivalent credits in a traditional education degree.

The program also allows employers to build their workforce from within, Collins says, filling needed positions with people who already have experience in their workplace.

“We needed to do more than just link people to universities, but really give an opportunity for career pathways,” Collins says. “There’s really little or no debt; it levels the playing field, so that through this program it’s affordable.”

Katzin has put the money she is saving by pursuing her early childhood education degree via the Training Fund’s apprenticeship program into buying a home, putting her one step closer to living — and providing her family with — the life she’s dreamed of.

A lot of progress has been made in the past couple of years, Katzin says, and she expects to keep making more — education degree in hand.

“I needed a teacher to be there for me,” Katzin says, “and that’s what I want to be for all of the children that walk into my classroom.”