When it comes to education in prison, policy and research often focus on how it benefits society or improves the life circumstances of those who are serving time.

As director of a college program in prisons and as a researcherand professor who teaches in both colleges and prisons, I know that the experience of teaching in a correctional facility makes educators question and reexamine much of what we do.

My book collects experiences of college professors who teach in prison. A common thread is that we all went into education behind the wall thinking about ourselves to some extent as experts but have since critically reflected on what we know through interactions with incarcerated students and the institutions that hold them.

One semester in 2020, I volunteered to tutor for a class on something that occurs frequently behind prison walls: conflict and negotiation. The class featured two books that are considered essential to the field. The first is “Interpersonal Conflict,” a 2014 text that invites readers to reflect on how conflict has played out in their personal lives. The second is “Getting to Yes,” a 2011 text described by its publisher as a “universally applicable method for negotiating personal and professional disputes without getting angry – or getting taken.”

“You know, I know these are very important books and all, but this isn’t really what would work in here,” one incarcerated student said after a few class meetings, gesturing to the prison walls. “Here, you can’t talk openly about your feelings like the authors want us to, and the rules of relating to people are different.”

I responded that his observation was astute, and that knowing both sets of rules – and how to switch between them – could be profoundly useful. For example, I theorized, I imagine he behaves differently during yard time than on a phone call with a family member on the outside. If the textbooks about conflict on the outside didn’t adequately address how to handle conflict in prison, I suggested he write an equivalent book for conflict negotiation in prison.

“Maybe I should,” he chuckled, and looked around to his classmates. “Maybe we should.”

The experience showed me how even though there are textbooks that are considered “universal,” that universality may not always extend itself to correctional institutions.

A new understanding of status

As a full professor and chair of the sociology department at Clark University, a small, private university in Worcester, Massachusetts, Shelly Tenenbaum is used to being accorded a certain degree of respect for her professional accomplishments and credentials. But none of those things mattered once she passed through the gates of medium-security prisons for men located in Massachusetts.

“Status that I might have as a scholar, full professor, department chair … is rendered invisible as we enter prison,” Tenenbaum writes. When passing through security, “I have been abruptly instructed to obey commands and my questions are ignored.”

Encounters with correctional officers are frequently unnerving for educators, particularly at the entrance gates.

“I find myself in the position of needing to second-guess what I may (or may not) have done wrong and defer to people who are considerably younger than I am,” Tenenbaum continues. “There were times that I followed rules only to be scolded when the rules appeared to be differently interpreted from one day to the next. To be in the subordinate role of a power dynamic is a humbling experience. … It takes having expectations defied to realize that they even existed.”

Whether the rules are about clothing faculty members are allowed to wear or the number of pieces of paper we can carry in, the decisions are frequently about power. In her chapter, Tenenbaum writes that having had her status questioned has led to a new sense of humility and altered the power dynamics in her professional world. She does not take it for granted that her expertise is currency for respect.

When an incarcerated student told Bill Littlefield, a retired English professor, that the novel “Frankenstein” had no relevance to his experience or life, Littlefield’s first reaction was to push back.

“‘Good writing is always relevant,’ I said, ever the professor,” writes Littlefield. Littlefield tutors and teaches at the Massachusetts Correctional Institution in Concord and Northeastern Correctional Center. He is also author of the newly released book “Mercy,” as well as popular host of WBUR’s sports radio show “Only A Game.”

“He said he would read it, certainly … even though he knew that the story of the lonely, ultimately vengeful monster created by the gentleman scientist’s preposterous, insane overreach would have nothing to say to him,” Littlefield writes. “I argued that he was wrong.”

But in the week that followed, Littlefield said he came to see his own reaction as a mistake and an act of arrogance.

“When we met again, I made a point of apologizing to the student, in front of his classmates,” Littlefield writes. “I told him that I’d realized it was no business of mine to tell him what was relevant to his life. If he did the reading, he’d decide for himself.” The student thanked him.

As college programs in prison become more prevalent, I fully expect that in the coming years there will be more and more college professors being transformed by the powerful experience of teaching behind bars. This is especially so given that Congress has lifted a long-standing ban on federal financial aid, namely, Pell Grants, for people who are incarcerated.

In 2022, there are 374 prison education programs run by 420 institutions of higher education operating in 520 facilities, according to the National Directory maintained by the Alliance for Higher Education in Prison.

Collectively, college programs in prison have been shown to lower the odds that a person who participates in them will return to prison after being released. But as I show in my book, the programs are also dramatically changing the perspective of the college professors who teach them.

Psychology
“Laughing gas” may offer quick, long-lasting relief from depression
With ketamine showing potential as an antidepressant, researchers investigate another anesthetic: nitrous oxide, or “laughing gas.”
Up Next 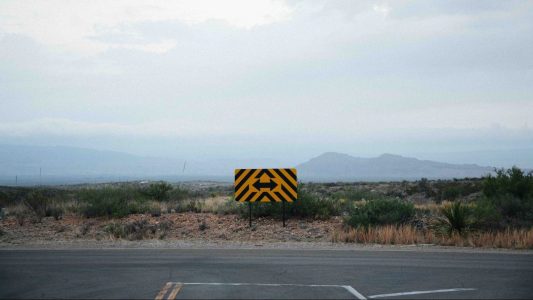 People who chose change over inaction, regardless of the decision, self-reported being better off and happier after six months.