In early 2019, Mark Zuckerberg took the stage at Facebook’s annual developer conference — dwarfed by a series of jumbotron-size screens in the backdrop — and declared: “The future is private.”

Zuckerberg, noting while Facebook has spent its first decade-plus years building public, town square-like platforms, its next chapter will focus on the “digital equivalent of the living room.”

“Over time, I believe,” he added, “that a private social platform will be even more important to our lives than our digital town squares.”

The announcement came hot on the heels of the Cambridge Analytica scandal, and, as Big Tech execs shuffled in and out of congressional hearings, people’s use of and trust in social media was waning.

Cracks appeared in social networks like Facebook and Twitter, which have been around for more than a decade, as they struggled to adapt to their increasingly political role and stem the rising tide of misinformation, hate speech, and more.

What didn’t wane, however, was the volume of social activities online. The difference was that a significant chunk of it no longer took place on social networks. More and more people sought refuge by relocating to private spaces on messaging apps like WhatsApp to discuss news and stay in touch.

The transition to smaller, tight-knit communities only gained more momentum in the following years. By 2022, Twitter and Facebook had both not only continued to bleed interest but even had identity crises. Four years after the conference, the time has come for Zuckerberg’s predicted rise of the private social platform.

Instead of sharing on platforms that let you connect to the whole world at once, private online spaces increasingly house a tight-knit group of friends and families, allowing people to be more candid in their activities and posts. A report by ZAK, a creative agency, suggests social media users under 30 are moving away from Facebook and Snapchat to smaller communities, where they not only feel safer but also are comfortable being themselves.

Sara Wilson, a digital strategist and former Meta partnerships manager, likens the experience of a private social platform to a “digital campfire,” which offers a “more intimate oasis than the ‘crowded airport terminal’ of social platforms where they could gather to private message, connect based on shared interests, or participate in a shared experience such as gaming.”

Larger platforms have added ways for people to silo their activities and restrict their visibility.

Over the last couple of years, both established tech companies and startups have raced to gear up and capitalize on the rise of micro-communities.

In 2022, Meta updated the largest instant messaging services, Messenger and WhatsApp, with tools that allow people to build their own private social networks called “Communities” on the chat apps and connect with members of their groups, such as friends or residents in their neighborhoods, across various topics.

Larger platforms have also added ways, such as Instagram’s “Close Friends” list and Twitter’s “Circles,” for people to silo their activities and restrict their visibility from the rest of the social network.

Similarly, new private social platforms have cropped up to offer alternatives to their traditional counterparts. HalloApp, an ad-free social network for micro-communities cofounded by two former WhatsApp execs, bills itself as the “real relationship network” — an antidote to engagement-driven social media, or what they call “the 21st-century cigarette,” with no algorithms or ads shaping the traffic for virality.

Users can browse feeds, chat with or call members, comment, and reply like they would on any other social network, except the audience will be composed of just the people they trust, and so aims to eliminate the potential for an avalanche of online harassment.

Some, however, have chosen to foster their communities away from the whims of big corporations and their billionaire owners. Darius Kazemi, a programmer and artist, long ago quit conventional social networks  and developed his own private one, called Friend Camp, housing over 60 of his actual friends on Mastodon, an open-source and decentralized social networking software.

With Mastodon, anyone, with a little effort, can form and run a private social network, consisting only of the people they invite, as well as set their own moderation rules and choose whether members can connect with other Mastodon-based communities. Soon after Friend Camp took off, Kazemi published a guide to help others navigate and understand the technical complexities of starting a Mastodon community.

What Kazemi finds especially appealing about Mastodon is that it doesn’t limit you to your community. You can venture out and connect with other micro-communities or the main, broader social network of millions of users anytime you wish to. He told Freethink he expects this to shape the next decade of social media, where people “will ‘federate’ their own services for more personal and deeper conversations, [but] they’ll still be able to follow people on the bigger sites and vice versa.”

“That’s part of the beauty – each writer and creator is in control of their own space.”

Harried by the inconsistent moderation and abuse policies, creators and brands, similarly, have flocked to chat rooms like Discord and Geneva to keep in touch with their communities.

In November, Substack, the newsletter platform for writers, introduced “Chat,” which its co-founder and CEO, Chris Best, refers to as “the bar around the corner where writers and creators can go for more lightweight discussions with their subscribers.”

“Some conversations on Chat could be deeper and more personal, but others could be casual discussions,” Best told Freethink. “That’s part of the beauty – each writer and creator is in control of their own space.”

David Nemer, a media studies professor and faculty associate at Harvard University’s Berkman Klein Center, expects private social networks to continue to grow because they let people “fully engage with topics, themes that they are interested in.” People can have more productive and meaningful conversations without the “without having the fear of being attacked by trolls, by white supremacists, by bots, by ghost accounts or inauthentic accounts.”

But don’t expect the big social media platforms to disappear anytime soon, says Caroline Sinders, a machine learning researcher and fellow at the Center for Democracy & Technology. They’ll hold on to their place as a “big microphone” and enable everyone to broadcast instantly to a large audience, for purposes such as social activism and breaking news. But soon, most users will have multiple online personas: a public-facing, neutral profile for the general population and another for where you engage with friends and family.

Some experts fear the rise of private social networks might spark yet another content moderation challenge. Several large-scale malicious attacks in the past, such as the January 6 Capitol riots in the US and coordinated election misinformation in India, were organized behind closed doors on messaging apps like Telegram and WhatsApp, and companies, as well as governments, have found it especially difficult to monitor and moderate such encrypted conversations.

Sinders agrees content moderation inside private spaces will need new kinds of tools and policies, but she’s optimistic about effective solutions. Content moderation will forever be a moving goal post, and platforms will continue to have to work at it like they are today. “It was hard 10 years ago. It’s hard now. It’s going to be hard in 10 years.”

Large social networks will still affect public discourse, the news cycle, and policy-making, and the move towards micro-communities is ultimately a reaction based on individual experiences, says Nemer. “We’re constantly co-constructing society and technology and spaces of discourse,” he adds, “and we’re going into these micro-communities out of necessity because the open spaces or the large scale platforms have failed us.”

Aerospace
Scientists use laser beam to divert lightning strikes
Since the time of Benjamin Franklin, we’ve looked for ways to control, or at least deflect, lightning strikes. Enter laser-guided lightning.
By Tom Hartsfield

Criminal Justice
Norway helped remake a US prison. Here’s what happened.
With single cells, a communal kitchen, Nordic-like furnishings and a landscaped, outdoor green space, it looks unlike any other U.S. prison.
By Synøve Nygaard Andersen and Jordan Hyatt
Up Next 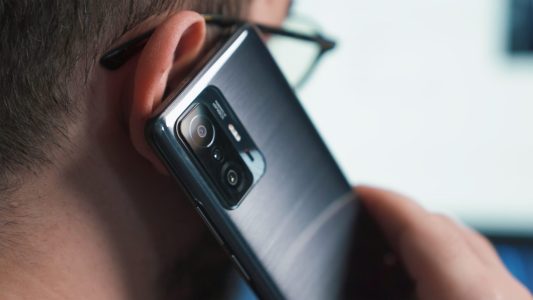