If all goes according to plan, NASA will return humans to the moon in 2024. Just four years later, it hopes to have a sustainable lunar colony established.

Those astronauts will need a reliable way to communicate with one another and the people they leave behind on Earth, so NASA has awarded Finnish telecom company Nokia a $14.1 million contract to build the tech for a new 4G network — on the moon.

The “4G” in “4G network” stands for “fourth generation” of mobile technology.

This is the same generation that likely powers your smartphone right now (though some mobile carriers have begun deploying the next generation, 5G), and here on Earth, access is delivered via radio signals out of cell towers.

Those towers are large and require tons of power, though, so Nokia will take a different approach to bring a 4G network to the moon.

It’s developing a compact, low-power technology that will be able to withstand the harsh conditions of the moon’s surface. The system will reportedly incorporate small cell technology — this type of wireless transmitter/receiver is so compact that Nokia has previously demonstrated its ability to deploy one via drone.

Nokia’s tech will also be able to assemble itself. To get it into position, the company will use a lunar lander developed by spacecraft design company Intuitive Machines.

That mission is expected to happen in 2022, so that by the time astronauts arrive on the moon in 2024, the 4G network will be ready for action.

“Nokia’s (4G) LTE network…is ideally suited for providing wireless connectivity for any activity that astronauts need to carry out,” Nokia wrote in a press release, “enabling voice and video communications capabilities, telemetry and biometric data exchange, and deployment and control of robotic and sensor payloads.”

Nokia was just one of 14 private companies to land a new NASA contract — in total, the space agency awarded more than $370 million in contracts on October 14 as part of its “Tipping Point” program.

Since 2014, this program has given private companies an opportunity to let NASA know about their technologies that could help the agency explore the moon or Mars — with a little extra funding.

“NASA believes that these kinds of companies, and capabilities they’ve developed, are going to be transformational for how we explore space,” NASA Administrator Jim Bridenstine said while announcing the 2020 awards. “But we also believe it’s going to take a little bit of a push from NASA.” 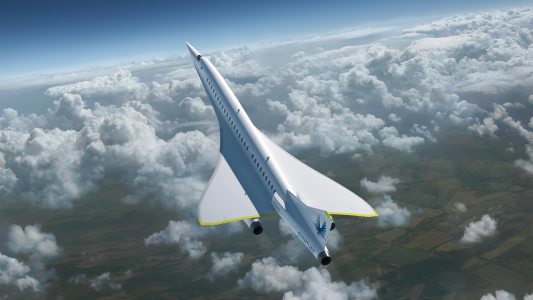 The startup aims to make supersonic travel available to the public within a decade.