NASA just made history by kicking up dust on an ancient asteroid more than 200 million miles away from Earth.

Specifically, the agency’s OSIRIS-REx spacecraft touched down on the Bennu asteroid, fired a burst of nitrogen gas at its surface, and then snatched up some of the dust and pebbles it disrupted.

This marks the first time NASA has collected samples directly from an asteroid, and the plan is for OSIRIS-REx to return them to Earth in 2023.

Here’s what the agency hopes to learn from the bits of ancient space rock when they get here.

Our solar system contains hundreds of thousands of asteroids, but Bennu was a particularly alluring target for this mission because it’s an estimated 4.5 billion years old. That means it likely formed just after the birth of our own solar system and may contain bits of material older than it.

NASA also already has evidence that Bennu contains both carbon-based and water-based materials, and they suspect that life on Earth may have begun with asteroids like Bennu slamming into our planet, seeding it with those building blocks of life.

So, by studying the asteroid samples, NASA might be able to better understand the origin of our solar system, as well as life on Earth.

“The asteroids are like time capsules floating in space that can provide a fossil record of the birth of our solar system,” Lori Glaze, NASA’s planetary science division director, said during a press conference. “They can provide valuable information about how the planets, including our own, came to be.”

NASA doesn’t just expect the Bennu samples to yield insights into Earth’s past — they could also help guide humanity’s future.

For one, asteroids are, as mentioned, abundant in our solar system. If a large enough space rock collides with the Earth, the result could be catastrophic (see: the dinosaurs).

By studying the composition of Bennu, researchers might learn things about them that could help us prevent a future asteroid impact, perhaps by deflecting an incoming asteroid or blowing it up.

A potential benefit to asteroids’ ubiquity in our solar system is that we might be able to exploit them to help us explore it.

For an asteroid miner, Bennu is pay dirt.

If researchers can figure out how to extract the water and minerals from asteroids — something that studying the Bennu samples might help with — we might be able to use those elements to fuel spacecraft in space.

This would save NASA from having to send enough fuel up with a craft to support a mission to deep space, helping cut launch costs.

“For an asteroid miner, Bennu is pay dirt,” OSIRIS-REx principal investigator Dante Lauretta, of the University of Arizona, told Space.com in 2019. “That is exactly the kind of target that we want to go to and process (for) a propellant depot that people have been envisioning for the first profitable asteroid mine.”

Aerospace
How the Kessler Syndrome can end all space exploration and destroy modern life
The sheer amount of stuff already floating in space makes the domino effect of explosions a likely possibility.
Up Next 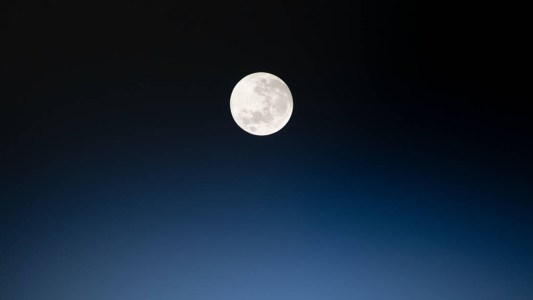 As part of NASA’s “Tipping Point” program, Nokia will establish a 4G network on the moon to help astronauts communicate with each other and Earth.

Aerospace
Nokia is building a 4G network on the moon
Subscribe to Freethink for more great stories
Subscription Center
Challenges
Video
Freethink
Subscribe
We focus on solutions: the smartest people, the biggest ideas, and the most ground breaking technology shaping our future.
Subscribe