Not only was its Stardust 1.0 the first rocket to lift off from the startup’s home state of Maine, but it was also the first commercial rocket anywhere to get its power from a biofuel.

Now that the startup has proven that its biofuel rocket can fly, a future of more sustainable space flight could be just on the horizon.

It takes a lot of thrust to send a rocket hurtling toward space, and most rockets generate that power by burning fossil fuels. That means that every time SpaceX or NASA sends a rocket into space, they’re also pumping more carbon emissions into the atmosphere.

Those rocket launches often don’t produce as many emissions as even a single transatlantic airplane flight, but the amounts aren’t negligible, and with the number of rocket launches expected to increase in the future, it’s worth considering ways to reduce or eliminate their emissions.

While fossil fuels form from the natural decomposition of plants and animals over millions of years, biofuels are created rapidly from organic matter using technology. Examples include ethanol made from corn stalks and biodiesel made from recycled cooking oil.

Biofuels are a renewable energy source, and they can produce fewer carbon emissions. Some don’t produce any emissions at all.

Biofuels do have their drawbacks — they can be expensive to produce, and biofuel crops can require the use of water-polluting fertilizers.

However, their advantages make them an attractive option as the world looks to transition away from fossil fuels — and now, bluShift’s biofuel rocket has demonstrated their potential use in aerospace.

BluShift’s biofuel rocket launch didn’t exactly go off without a hitch. The startup had to scrap its first attempt, scheduled for January 14, due to bad weather conditions.

“We did learn a lot from that failed launch,” Deri told the Portland Press Herald. “We learned, first and foremost, that you can’t rely upon weather websites. You really need to use a professional meteorologist.”

Freezing temperatures also complicated the rescheduled launch on January 31, and issues with a valve and then an igniter caused minor delays.

After attending to those issues, the biofuel rocket finally lifted off from its support rail in the middle of the freezing afternoon.

We couldn’t be more delighted than with what happened today.

The rocket reached an altitude of about 4,000 feet before parachuting back to Earth, where it was retrieved by a pair of young volunteers and their parents on a snowmobile.

Among the rocket’s payload were a cubesat built by high school students, some bluShift pens, and some stroopwafels (software development company Rocket Insights paid for the inclusion of the Dutch cookies, an homage to its Netherlands-based parent).

None of the payloads were deployed and the biofuel rocket definitely didn’t reach space (the border is considered to be roughly 62 miles above Earth’s surface), but bluShift views the launch as a successful demonstration of its technology’s potential.

“We couldn’t be more delighted than (with) what happened today,” CEO Sascha Deri told reporters after the launch.

As for what’s in the biofuel that powered the launch, bluShift isn’t saying — the only clues are that the ingredient can be sourced across the globe and that Deri discovered it on his brother’s farm in Maine.

“It’s completely non-toxic,” he did tell BBC News. “And it’s a carbon-neutral fuel, which is inherently better for our planet and more responsible.”

BluShift’s biofuel rocket is just 20 feet tall, with a payload capacity of 17 pounds, making it far smaller than the massive rockets we’re used to seeing during NASA or (SpaceX launches).

However, bluShift claims that Stardust 1.0’s comparatively tiny size could allow it to fill a gap in commercial spaceflight services.

“Right now, there are freight trains to space like SpaceX and ULA — and there are buses to space, like medium-size rockets,” Deri said. “They’re taking thousands of kilograms to space. But there’s no space launch service allowing one or two payloads to go to space.”

“There’s no Uber to space,” he continued. “We want to be the Uber service to space.”

The biofuel rocket could fill a gap in commercial spaceflight services.

There is a good reason no one has created such a service yet: it’s simply cheaper to send a large payload up in a single launch than to launch several rockets containing smaller payloads.

If bluShift can find a way to make these smaller launches cost-effective, though, the service its proposing could make space more accessible to researchers, businesses, and students.

However, the startup will need to conduct more demonstrations, reaching greater heights, to bring that dream to fruition.

Next on the docket is a launch of a suborbital biofuel rocket, Stardust 2.0, after which the company will test an orbital rocket called Red Dwarf — assuming the Maine weather cooperates. 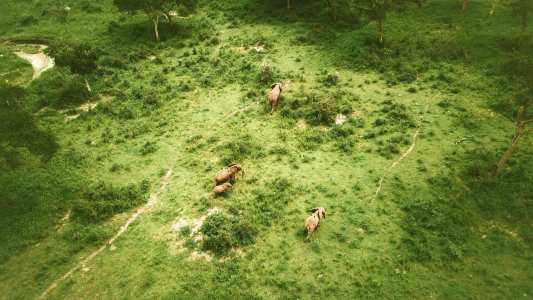