NASA and SpaceX’s historic Demo-2 mission is officially a wrap.

The Crew Dragon Endeavor spacecraft splashed down off the coast of Florida on August 2 with some very precious cargo on board: NASA astronauts Robert Behnken and Douglas Hurley.

Back in May Endeavor had ferried the duo to the International Space Station. That trek was the spacecraft’s first crewed mission, and it earned SpaceX the distinction of being the first private company to send astronauts into space.

It was also the first time since 2011 that NASA astronauts left the Earth from U.S. soil. For the past nine years, NASA has been exploring space by hitching a ride on a Russian rocket launched from Kazakhstan.

But the success of the Crew Dragon mission proves that SpaceX is capable of safely transporting astronauts both to and from the ISS — marking a new era in American space exploration.

You can see photos and video of the Crew Dragon return below — be sure to return to Freethink for details on future NASA missions. 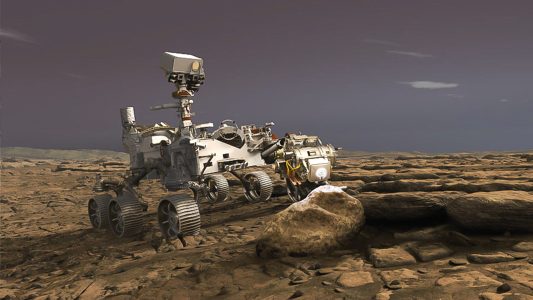 NASA plans to launch its Mars 2020 rover on July 30. Here’s what you need to know about the agency’s latest Mars mission.

Aerospace
How to watch the Mars 2020 rover launch
Subscribe to Freethink for more great stories
Subscription Center
Sections
Video
Freethink
Subscribe
We focus on solutions: the smartest people, the biggest ideas, and the most ground breaking technology shaping our future.
Subscribe