No matter how advanced our civilization here on Earth becomes, there’s a sobering fact we have no choice but to reckon with: Earth’s resources are finite. That not only includes the resources we typically think of, like minerals, clean water, and breathable air, but also something even more fundamental and restrictive: land area. No matter how thoroughly we develop, there’s only a finite amount of continental land area to inhabit on our planet.

While “floating cities” on the seas and oceans may someday become a possibility, the finite surface area of planet Earth ensures that, beyond a certain point, we’ll need to leave our home planet if we want our civilization to continue to grow. Although many of us have dreamed of living on another world, we have yet to find even a hint of life on a world beyond Earth, much less a fully inhabited planet or one habitable by humans. If we want a world to be suitable for us to live on, it looks like our only option will be to transform a presently uninhabitable planet into one that humans can survive on — a process called terraforming. Despite the popular sentiment that Mars is the right world to terraform within our solar system, there may be an even better option closer to home: the Moon. Here’s the science of why.

At first glance, it might appear that Mars is much better suited for terraforming than the Moon. After all, Mars already has large quantities of water on it: in both the solid and gaseous phases. Mars had a past where liquid water was rife on the surface, and probably spent more than the first billion years of its existence with oceans and rivers throughout its surface. Mars is larger and more massive than the Moon; it has a higher gravitational acceleration than the Moon does at its surface; and its atmosphere, while thin, is rich in carbon dioxide.

Despite the popular sentiment that Mars is the right world to terraform within our solar system, there may be an even better option closer to home: the Moon.

But Mars also faces issues that the Moon doesn’t. For one, Mars is farther from the Sun, meaning that we receive less energy from the Sun on every square meter of area. For another, Mars’s atmosphere is a tremendous hazard, with high winds, routine sandstorms, and terrain that changes as readily as sand dunes do on Earth. Mars, having no protective magnetic field like Earth does, is also subjected to bombardment by solar wind particles. If anyone living on the surface didn’t want to be given a lethal dose of radiation on timescales far, far less than a human lifetime, they would have to move underground: a possibility afforded only by the copious existence of enormous lava tubes on Mars.

None of these are insurmountable obstacles, of course; with a large enough investment of resources, practically anything is possible. But the more resources you have to bring with you — both to survive and thrive in the new environment and also to protect you from the harmful effects of all that surrounds you — the more difficult this task becomes. On Mars, we have to consider many factors that work against us.

Advantages on the Moon

By contrast, the Moon is a much more favorable environment by many metrics. A one-way journey to the Moon takes mere days, the same as it did in the Apollo era. Messages get exchanged very quickly between the Earth and the Moon, with a one-way light-travel-time of only about 1.25 seconds. An observer on the near side of the Moon — the side that always faces us — would be in constant contact with Earth’s infrastructure, whereas any other world, including Mars, would need an orbital array to enable communications when Earth is invisible from that world’s surface.

The Moon offers many benefits that Mars simply doesn’t have, even considering that:

In many ways, these conveniences make the Moon our top candidate for our first terraforming location. In terms of radiation, the Moon has Mars beat. Sure, the Moon and Mars both have dead cores, and surface magnetic fields that vary incoherently over the surface of those worlds. Offering negligible protection compared to Earth’s magnetosphere, these worlds themselves do little to shield any surface dwellers from the particles and radiation emitted by the Sun.

You might think that being closer to the Sun, the Moon would have it worse than Mars. You might realize that the Moon lies outside of the Van Allen Belts that surround Earth, meaning that our planet provides negligible protection from that effect. All of that is true.

But in 2007, a detailed analysis demonstrated that Earth’s magnetic field does a remarkable job of shielding the Moon from the solar wind, significantly reducing the effects of radiation that a surface-dweller would receive. Additionally, the Moon picks up a positive charge during the day, slowing down and reducing the harmful effects of protons and other positively charged ions. In terms of radiation safety, the Moon has Mars beat.

On the Moon, solar power is a tremendous asset, as there’s no atmosphere, no cloud cover, and no absorption of radiation that occurs on the way down.

In terms of infrastructure and accessibility, it’s really no contest. The Moon is closer, always has a view of Earth, can exchange signals and deliverables hundreds of times more quickly than can be exchanged between Earth and Mars, and is easier to land on and take off from. Certain infrastructure could be easily shared between the Earth and the Moon, such as the internet, whereas Mars would likely, due to its remote nature, need its own standalone infrastructure.

But perhaps the biggest benefit, as anyone well-versed in real estate will tell you, is location. On the Moon, solar power is a tremendous asset, as there’s no atmosphere, no cloud cover, and no absorption of radiation that occurs on the way down. You can set up a solar panel on the surface and receive the same amount of incident radiation you’d receive from an orbiter, and would only need to clean dust-like particles off of the panels every few decades. (Remember, dusty solar panels are what eventually killed both NASA’s Spirit and Opportunity rovers!) Meanwhile, the incident flux on Mars is just 43% of what it is on the Moon, and that’s at the top of the Martian atmosphere. In terms of the “bang for your buck” that you get from the Sun, the Moon is more than twice as efficient.

But by far the best asset on the Moon is something you might not think of as an asset at all: the lunar regolith, or the dusty outer layer of soil found on the Moon. Mars has terrain that’s varied in terms of composition, elevation, and dustiness versus compactness; many have likened it to the fresh volcanic, basaltic soils found in Hawaii. However, the material found on the Moon isn’t just similar to Earth; it is the Earth.

Part of the reason that we know the Moon and Earth formed from the same ancient event — an early collision that kicked up debris, not a circumplanetary disk around the Earth — is because we’ve brought back samples from the Moon and analyzed them in laboratories here on Earth. In terms of the elements that both worlds are made out of, the chemical compositions of the compounds we find, and the isotope ratios of the materials present, the Moon and the Earth have a common history. With the exception of the biological components found in Earth’s topsoil, the composition of the Moon’s regolith is identical to the composition of Earth’s crust.

If the material that’s present on the Moon is not just similar, but identical to the material we have on Earth, that makes the prospect of terraforming the Moon a much easier task than we might have considered otherwise. Yes, there’s no air, no atmosphere, and no easy source of liquid water on the surface. But if we bring:

Simply crushing lunar rocks to make soil will be sufficient to begin the process of lunar agriculture. There’s even a chance that we wouldn’t have to bring our own water, as the permanently shadowed craters on the Moon are known to contain large amounts of frozen water: like a dirty, slushy snow-cone. In 2008, researchers went to test out the suitability of using lunar soil to grow terrestrial plants by testing out marigolds. When bacteria were added, the resulting plants were entirely healthy.

Then, in 2019, China’s Chang’e-4 spacecraft, which landed on the far side of the Moon, ran an experiment involving a small, 2.6 kilogram biosphere. Inside a series of seeds, eggs, and dormant, single-celled organisms were aboard. During the lunar day, which lasts 14 Earth days, a cotton plant grew from seed: the first time ever that a seed sprouted on the Moon. Two leaves sprouted, and it’s suspected that the plant only died when lunar night fell: when temperatures can drop to as low as -190 °C.

The successes of these experiments, combined with the known composition, location, and other properties of the Moon, make a strong case for it to be the first world beyond Earth that we attempt to build an extraterrestrial civilization on. If we ever hope to become a multi-planet species, there will be many lessons to learn, many obstacles to encounter and overcome, and many small steps to take before we’re truly ready for the big prize: of becoming an interstellar civilization. Even though the space age only began in 1957 — less than a single human lifetime ago — the largest obstacle to terraforming is the investment of resources. On the Moon, with no deleterious environmental factors, we have the luxury of going “one dome at a time.”

If our goal is to terraform the Moon, then, we now have a blueprint for how to do it:

By following these steps, we could create our first long-term home for humanity beyond the confines of planet Earth. It could be built on the Moon’s near side, in constant communication with Earth.

As long as we have sufficient battery power to sustain, heat, and possibly illuminate the environment during the long lunar nights, the first human extraterrestrial civilization is well within the realm of reality. Rather than attempt to terraform an entire planet, going to the Moon would give us the luxury of terraforming only the area of interest, a little bit at a time, while we learn valuable lessons that could potentially be applied worldwide. For each world that’s out there, we only get one chance to do things properly. When it comes to the question of terraforming, we’d be mighty fools not to go after the low-hanging fruit first.

This piece was originally published on our sister site, Big Think. Read the original article here. 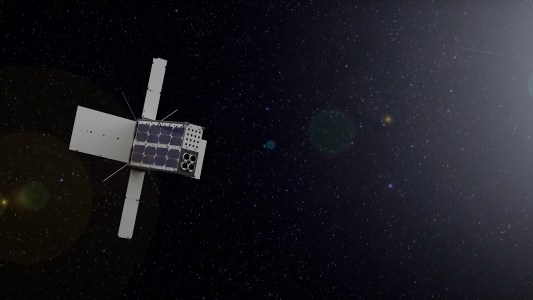