Forget, for a moment, the David Bowie classic: Life on Venus has become the space case du jour, after a disputed study last year found traces of a chemical called phosphine in our closest neighbor’s acid atmosphere — which its authors claimed could be a sign of life.

Now, a group of research institutions led by MIT are looking to settle it, with a privately funded search for life on Venus, which aims to launch multiple missions beginning in 2023.

“We hope this is the start of a new paradigm where you go cheaply, more often, and in a more focused way,” Sara Seager, MIT professor and principal investigator of the Venus Life Finder Missions, said.

“This is a newer, nimbler, faster way to do space science. It’s very MIT.”

Earth’s “evil twin:” As Discover Magazine points out, life on Venus wouldn’t be exactly easy. The planet’s surface temperature is almost 900 F (480 C), with an atmospheric pressure 90 times stronger than Earth’s pressing down — basically like living 3,000 feet below a boiling sea.

Oh, and the atmosphere is full of sulfuric acid.

“We think it’s disruptive, and that’s the MIT style. We operate right on that line between mainstream and crazy.”

But while Venus’ surface seems designed to destroy life, that acidic atmosphere actually becomes something closer to habitable if you get high enough up in it. Once you get about 40 miles above the Venusian pressure cooker, the temperature and pressure begin to resemble something close to Earth’s, Discover reports.

Of course, as MIT notes, it’s still billions of times more acidic than anywhere on our gentle blue marble, and magnitudes dryer than the driest desert.

But researchers have kept their eyes on this relative oasis.

“The concept of life in the Venus clouds is not new, having been around for over half a century,” the researchers wrote in their Venus Life Finder Mission study.

What is new is that we now have the technology advanced enough — and small enough — to go looking for it.

A new search for life on Venus: Venus is actually a better target in the search for life than you’d think, because of those surprisingly Earth-like cloud layers. Those layers have lots of “atmospheric chemical anomalies,” as the study puts it, suggesting unknown chemistry, which may be a sign of life (or at least a place where interesting things are happening).

According to MIT, that strange chemistry includes weird ratios of water, oxygen, and sulfur dioxide, as well as “cloud particles with unknown composition,” which is 100% something you’d hear mentioned in the first act of a space-set horror movie.

Add to that list the controversial phosphine findings Seager was involved in last year.

People have been talking about Venus for a long time, but there hasn’t been much action — we haven’t dipped into that atmosphere since the Duran Duran era. “But we’ve come up with a new suite of focused, miniaturized instruments to get the particular job done,” Seager said.

The small, light, cost-effective, and quick-to-build tool will shine a laser through a window on the probe into the Venusian atmosphere, which will hopefully cause some molecules to glow, a common trait of organic molecules.

The instrument will also use the laser’s reflection to measure the shape of droplets. Pure sulfuric acid droplets should be pretty round, so any deviation suggests … well, something else. Perhaps, if we’re very lucky, even life on Venus.

“Between mainstream and crazy:” Right now, the plan is to launch the first probe in May 2023. While NASA and the European Space Agency also have missions planned, neither are searching for life on Venus.

And the Venus Life Finder Mission, with its private funding, could be a model for the future of academic exploration of space — much like how private capital is goosing commercial rocketry.

“We think it’s disruptive,” Seager said. “And that’s the MIT style. We operate right on that line between mainstream and crazy.” 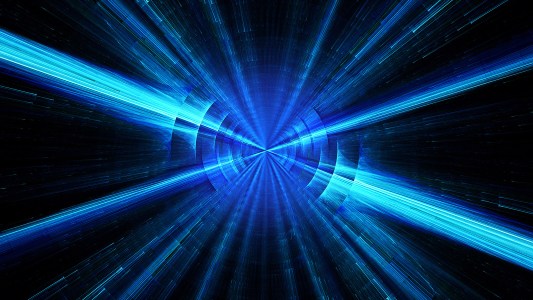 The same (former) NASA engineer who previously claimed to violate Newton’s laws is now claiming to have made a warp bubble. He didn’t.

Outer Space
I wrote the book on warp drive. No, we didn’t accidentally create a warp bubble.
By Ethan Siegel
Subscribe to Freethink for more great stories
Subscription Center
Sections
Video
Freethink
Subscribe
We focus on solutions: the smartest people, the biggest ideas, and the most ground breaking technology shaping our future.
Subscribe