Our neighboring planet, Venus, is hell. The thick atmosphere traps heat from the sun, making the hostile surface as much as 880 degrees Fahrenheit.

But there is a longstanding theory that, in the past, Venus was cooler — and potentially habitable. Early forms of life could have begun on the surface and then, as the planet became superheated, evolved upwards into the clouds, 50-60 km above the surface, where the conditions are more like Earth — a cool 85 degrees F, habitable for life.

On September 14, Greaves and a team of other researchers announced that they finally found a clue that this could have actually happened: phosphine gas, suspended in the atmosphere above Venus.

The team says there isn’t any known physical process that could explain why phosphine hovers among Venus’ clouds. On Earth, phosphine is only produced in laboratories — or naturally from microbial life. Real life.

Greaves’ team thinks that the phosphine may be a biosignature: signs of life floating in the clouds of Venus. They aren’t declaring it definitive proof of alien life, but they say they can’t find any other explanation for why it is there.

“This is very exciting and quite unexpected,” says Greaves.

Searching for Signs of Life

Greaves started looking in 2016, theorizing that if there were signs of life on Venus, they would likely be drifting in Hadley cells — an atmospheric convection cell where warm air rises at the equator, balanced by sinking air around the middle latitudes. This would allow microbes to reach the habitable zone in the clouds. So, she surmised, the Hadley cells would be an excellent place to start looking.

Using the James Clerk Maxwell Telescope in Hawaii, which scans the sky using radio wavelengths, she noticed a slight reduction of light coming from Venus, at a specific wavelength — one that is only absorbed by phosphine — right around the Hadley cell. Then, again in 2019, she saw the same pattern, but in more detail, using the ALMA telescopes in Chile. She knew with “very high confidence” that she detected phosphine in Venus’ atmosphere.

“As humans, we have wondered about life beyond earth for thousands of years,” said Sara Seager, a co-author on their paper published in Nature Astronomy. “A generation of astronomers is now working to enable future telescope observations and theory to be able to find signs of life on exoplanets far away by looking for gases in the atmosphere that don’t belong.”

The team, which Seager says came together by “a really happy connection,” includes researchers from the U.K., U.S., and Japan. Seager says that many of them were independently researching phosphine — “a really obscure gas.” They were able to find each other because the limited number of phosphine publications linked them all.

How Is This Possible?

After the observations, the team tried to determine the possible ways in which phosphine came to be on Venus. They looked into non-biological processes, like minerals floating in the atmosphere, volcanoes, or lightning. After crunching the numbers, they found that none of these processes could make enough phosphine to amount to what they observed with the telescopes.

They calculated that microscopic organisms, like Earth bacteria that take phosphates from minerals and convert it to phosphine, could work at 10% of their potential and create enough phosphine to explain the telescope observations.

Astronomer Scott Gaudi, who did not work on this research but is an expert on signs of life on exoplanets, calls this work “very exciting.” But, he adds, “as with any extraordinary discovery, one should proceed cautiously. Although the authors appear to do a good job of considering and ruling out other likely explanations, as they say in the abstract, ‘(phosphine) could originate from unknown photochemistry or geochemistry, or, by analogy with biological production of (phosphine) on Earth, from the presence of life.'”

In other words, there could be additional means of creating phosphine on Venus that the team didn’t include in their work.

Seager says that there are many astrobiological bodies of interest in the search for life, including Mars (where NASA’s Perseverance Rover is headed), Jupiter’s icy moon Europa, and Saturn’s moons Enceladus and Titan.

“By our phosphine gas discovery, we have raised Venus higher up on that ladder of interesting targets,” Seager says, “and we hope that our discovery motivates focused space missions to go to Venus, to look for other gases, more gaseous signs of life, and even life itself.” 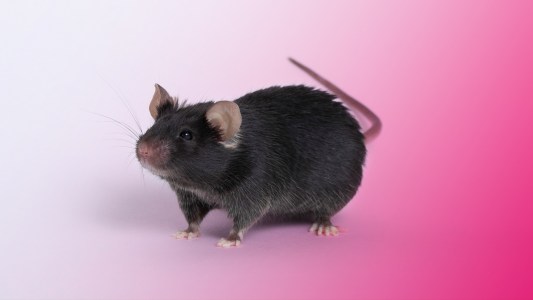 Without gravity, astronauts experience muscle and bone loss, limiting mission time. Mice that gain mass in orbit may hold the key to preventing that loss.

Outer Space
Astronauts lose muscle in space. These mice could hold the solution
Subscribe to Freethink for more great stories
Subscription Center
Sections
Video
Freethink
Subscribe
We focus on solutions: the smartest people, the biggest ideas, and the most ground breaking technology shaping our future.
Subscribe