It’s a long way from planet Earth to the Universe’s edge.

We typically think linearly: where the Sun is ~10,000 times farther away than Earth’s diameter.

But cosmically, logarithmic scales — where each multiplicative factor of “10” defines another mark on our cosmic ruler — serve us far better.

On a logarithmic scale, the Sun, Mercury, and Mars are practically equidistant.

Another factor of ~10,000 in distance takes us to the Oort cloud.

A short logarithmic jump takes us from the Solar System to the stars.

Many of the brightest stars in Earth’s skies are under 1,000 light-years away.

Another small logarithmic jump brings us to our nearest spiral arms.

Beyond that lies the full Local Galactic Group.

Eventually the largest structures of all are revealed: the great cosmic web.

Many of these features are only apparent: dark energy will tear these pseudostructures apart.

At the cosmic limits, the edges of time are revealed: the earliest moments after the hot Big Bang.

Thanks to artist Pablo Carlos Budassi for creating this brilliantly illustrated cosmic journey. 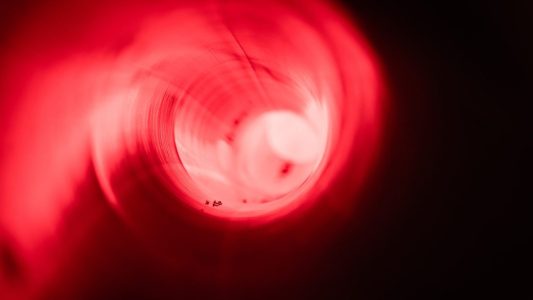 A wormhole is like a tunnel between two distant points in our universe that cuts the travel time from one point to the other.

Astronomy
What are wormholes? An astrophysicist explains
Subscribe to Freethink for more great stories
Subscription Center
Sections
Video
Freethink
Subscribe
We focus on solutions: the smartest people, the biggest ideas, and the most ground breaking technology shaping our future.
Subscribe